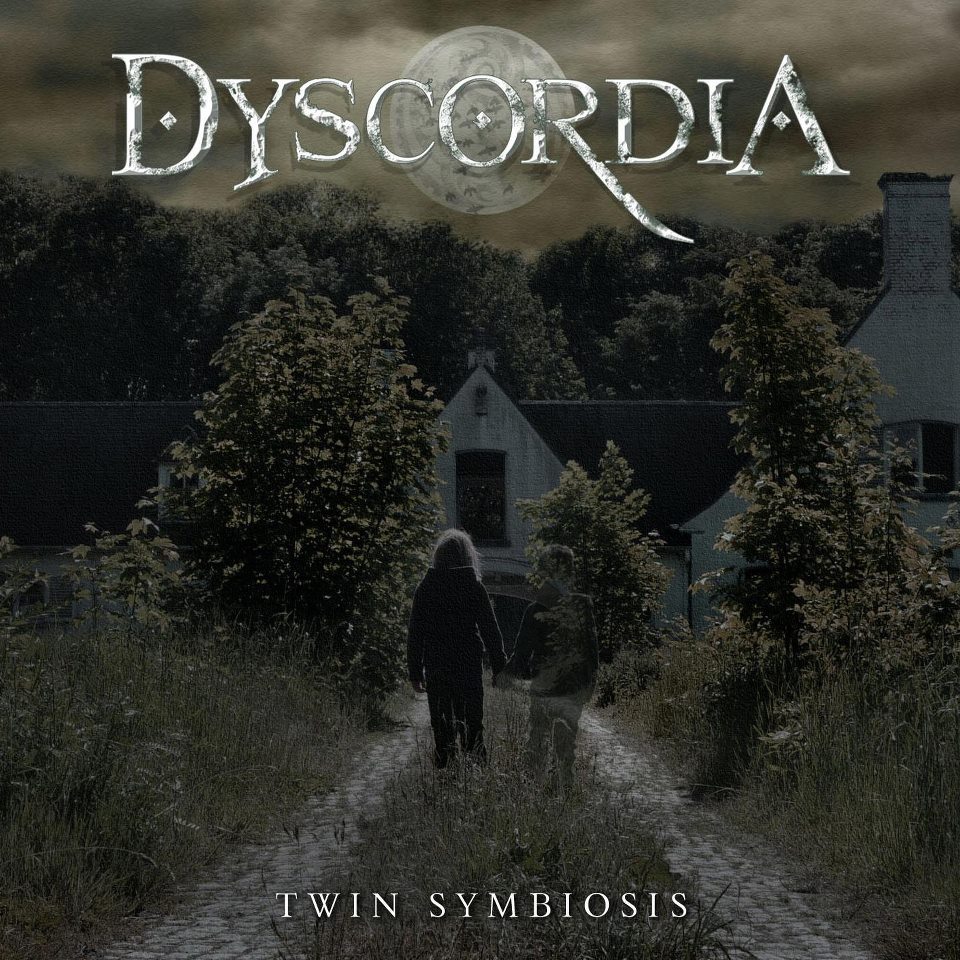 It is not that often that I am confronted with a band I have not heard before and liked in an instant. With Dyscordia, I can say that I am happily surprised by their latest album “Twin Symbiosis”. Dyscordia is a Belgian band who combine a progressive sound with raw grunts. A combination that suits the band well. After a small EP in 2010, Dyscordia released their first full length, “Twin Symbiosis” in 2013.

Starting off with the psychedelic “Dreamcatcher Tree”, the album quickly fastens the pace in the beginning of “The Empty Room”. At first the grunts have the upper hand, but later the song seems to find some balance between the grunts and clean vocal lines. Singer Piet Overstijns really throws his throat into the song and during the chorus, the grunts of Stefan Segers work their way back into the mix.

“Ache of Hearts,” is one of my favourite songs on the album. It starts off a bit slow with some simple single notes, but quickly turns into a great melodious song. During the chorus the raw grunts once again combine with the smooth singing, resulting in a song with both power and emotion. Fantastic work! Next up is the much faster paced “The Losers Game”. Halfway through the song a small conversation is held, to be followed by a great guitar solo. Then the song quickly returns to fast drumming and strumming.

“In Solitude”, starts off with a great and catchy guitar riff and continues after 45 seconds into a powerful, agressive song. This was something I did not expect while listening to the first part. It is nice to hear what Piet can do with his voice. In every song there are new ways of singing to be heard and Dyscordia makes sure that this way the album does not have a dull moment.

Weakest song of the album in my opinion is “Locked Within”. Even though it has some good guitar solo’s in it, somehow the lyrics and the way most of the song is sung just does not feel right. It seems as if they have to try to hard. “Twin Symbiosis” is the title track of the album and confirms its status as title track. The beginning of the song reminds me a bit of Ayreon songs. What follows is a great combination of smooth yet powerful singing. Around the two minute mark some grunts finally find their way into the song, making it complete.

“My Devotion” completes the album, another fast paced song with once again a style of singing that fits the song. A nice drum session preludes a short guitar solo which reminds me of some great progressive songs. At the end of the song, the same psychedelic notes return as in the first song, bringing the album into a nice loop.

As I have said in the beginning, it is not that often that I am confronted with a band that grasps me in an instant. Yet Dyscordia has done this with “Twin Symbiosis”! The album hardly has a dull moment, apart from just one song that did not grasp me as the rest of the ablum. Progressive Metal lovers who are not afraid of a few grunts should definately give this album a try and spread the word!