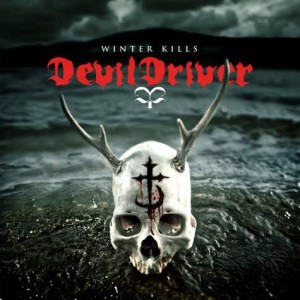 DevilDriver released, since their formation back in 2003, a new album every two years. Winter Kills is the sixth album of the band. DevilDriver is most known at first by Coal Chamber singer Dez Fafara. Since the start the band had a lot of fans and were playing several tours and festivals every year. I have also seen DevilDriver on several occasions, mostly on festivals. But I was never that impressed. I was just entertained for a bit. Somehow the music and the energy of the band didn’t get to me. So now several years later I give the band a new try with their new album Winter Kills. The first few songs of the album give me a positive feel and hope that the album will be great. But unfortunately that is not the case. When I listen to a few songs of the album, doesn’t matter that much which ones, it sounds great, fresh and energetic. But listening to the whole album at once gets boring and I lose my interest. It feels like one big gre,y where many of the songs just sound not that different. Ofcourse many people will disagree with me on this but it just doesn’t sound that refreshing after five songs. But I can definitely hear that DevilDriver has improved over the years. And maybe when I listen in the future to a new album of them, I get to hear some more different songs. And I would like that. But I know that the fans of the band will like this album. So the fans of the band can surely purchase the album. And if you do that you can also buy the deluxe digibook that provides you with two bonus songs.