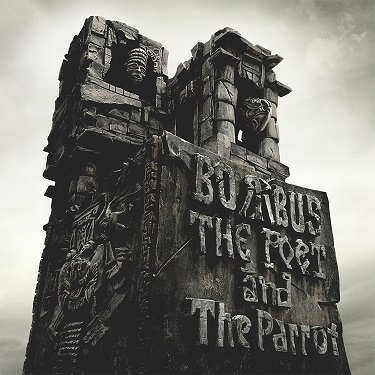 By Laetitia
The Poet and The Parrot by the Swedish band Bombus is the first album of the band released under the banners of label Century Media (their debut was released by another label). The guys play a style that is hard to categorize. Still, the record doesn’t push you from one style to another, it’s coherent and pleasant for the ears.

The first thing to notice about Bombus are the vocals. Singers (and guitarists) Fredrik and Matthias sing together throughout the entire album. Sometimes this results in a punky, anthem like atmosphere (on Apparatus), sometimes combined with the raw production of the effort, it reminds of Motörhead. Every now and then, the influence of Sweden’s most cherised metal surfaces: sinister riffs remind of the legendary bands of the country, for example on A Safe Passage, Master The Reality and a bit on Apparatus.

Other songs, like the opener Enter The Night, are highly energetic and pushes you right into the punk side of this band. The title track features some nice riffs and interesting musical intermezzo in the middle that confirms the feeling that these guys are capable of more. Liars slows the record down, it’s a powerful, mid-tempo piece, where the instruments create a doomy atmosphere.

Although there are several influences on The Poet and The Parrot, it sounds coherent and the combination of everything works. The album mostly consists of up-tempo, groovy hard rock that is easy on the ears. Even if it is not really your style, you will find yourself nodding to the rhythm of the tunes in no time. So, if you like your hard rock or metal a bit stirred, give the Poet and the Parrot a spin!