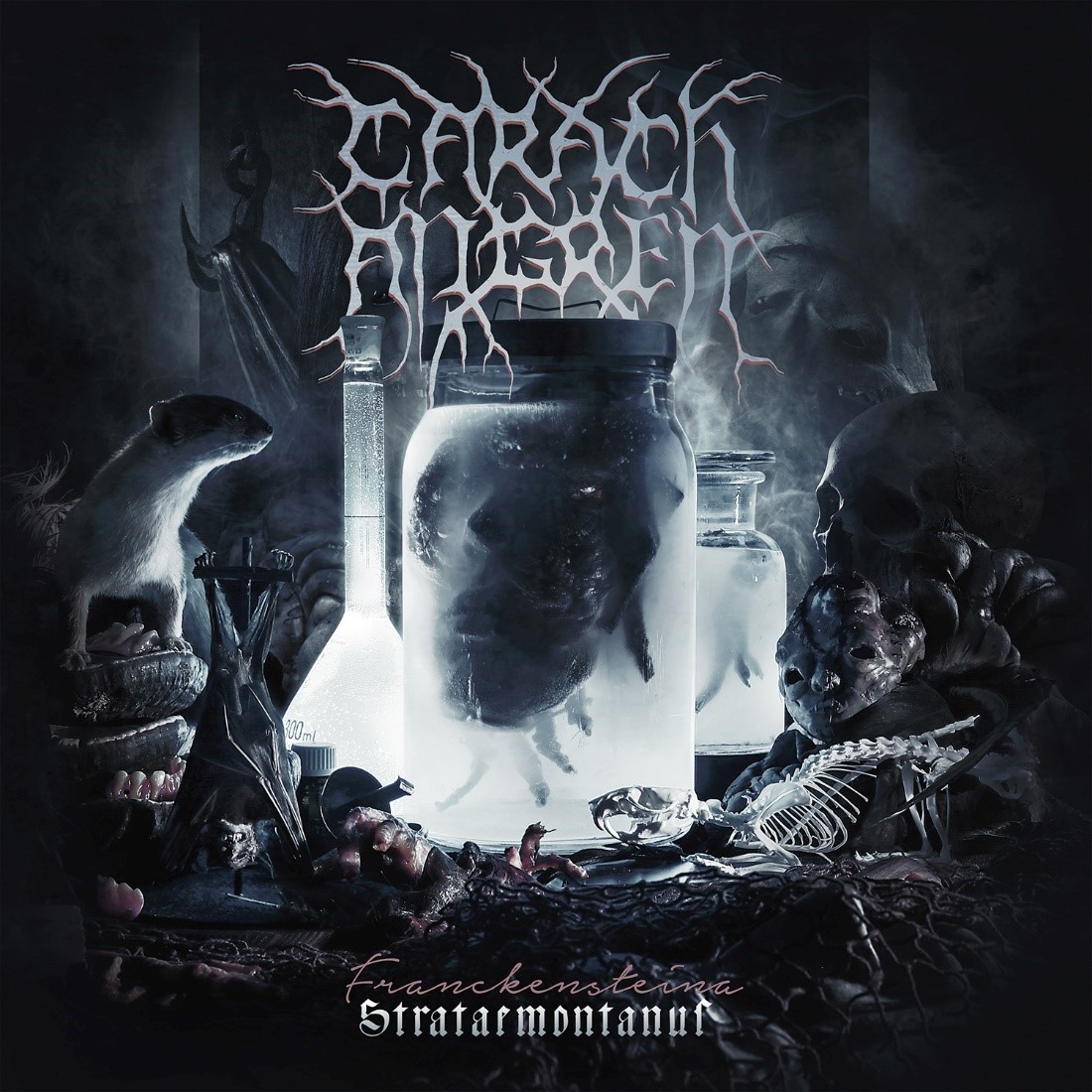 Haunting, conceptual, fantasmic, theatrical; Netherlands’ Carach Angren certainly know how to tell a story. Carach Angrens ability to use a composition as the canvas to carry a literary theme throughout the entirety of an album is something that must be acknowledged and appreciated. Its as if each song fits together like a chilling piece of a puzzle. Often these pieces can be atmospheric, ominous, haunting or metaphorical, while other times blunt, violent and throttling both musically and lyrically. Carach Angren is a band that is constantly evolving, however they are forever faithful to their initial formulas and with the release of Franckensteina Strataemontanus, what they do best is certainly on display.

Confidently led by vocalist Seregor, on this particular album Carach Angren sought to recreate a rendition of the classic story of Frankenstein with perverse medical experimentation and their own demented twists. Franckensteina Strataemontanus starts off with a chilling spoken word introduction entitled “Here in the German Woodland”, a track that immediately provides the listener with a visual representation of what a dark fairytale should sound like. When I listen to this introduction I cannot help to envision a thick, dark forest far from normal civilization, where things may not be as they seem. Its as if I am walking through the forest, being watched, time turns differently and there is a slightly nauseous feeling within my gut. This is what Carach Angren does best, in my opinion, auditory senses become aligned with visual senses.

“Liquid brains oozing from his nose, hatching vermin worming through his head, draped in filthy graveyard clothes the return of the dead”. The first musical track on this album entitled “Scourged Ghoul Undead”, bluntly continues the story and describes a child, risen from the dead, whom makes his way back home to greet his mother in a rather unpleasant way. This track musically, is very traditional Carach Angren but what is noticeable right away is the quality of production and the more elaborate symphonics being utilized; more on this later. This track is fierce, Namtar blasts through the first several bars while Seregor’s vocals sound as sharp and cynical as ever.

My personal favorite track on this album is the last track, “Fredericks Experiments. This track combines all the facets of Carach Angren in a brief but aggressive track. The battle between guitar melody and symphonics is prevalent in this track and that’s what I love about their writing style. This battle creates a cathartic almost frantic feeling while whipping you through a theatrical roller coaster.

As promised above, there is one thing that is a bit off putting for me with this album, this as nothing to do with the writing, performance or technical playing, but rather the production. To me the guitar can easily get lost in the mix and at times I had found my self searching out that guitar to hear what is being played. As mentioned above, I love Carach Angren’s ability to create a battle between guitar and symphonics, as Seregor is a very innovative black metal guitarist in my opinion. On a positive note, everything else is mixed beautifully and its great to hear Ardek’s bass work (as well as keys, orchestra and backing vocals) shine through on this album.