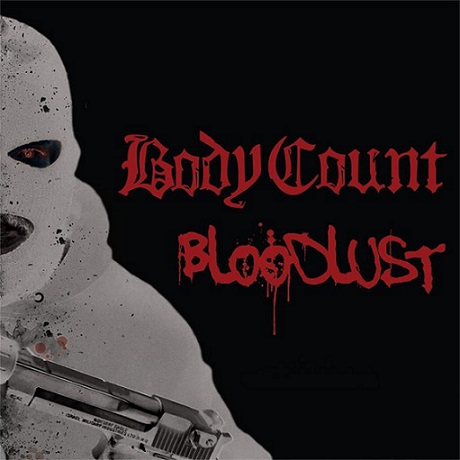 The record Manslaughter (2014) marked the return of rapper Ice-T and his comrade guitarist Ernie C. of the gangster-metal collective Body Count in the metal scene. While Manslaughter was described as a decent comeback, the follow up Bloodlust can be seen as the result of adding fuel (racism, police brutality, social inequality) to the flame that started burning again in 2014.

The record opens with ‘Civil War’, with a police siren and a spoken intro by Megadeth’s Dave Mustaine (who with a right wing/conservative affinity seems to be an odd choice as a guest). Nevertheless, the atmosphere oozes urgency, a dark and pressing vibe and evokes an image of a (post apocalyptic) world with gangs raiding the streets and storefronts. Ice-T leaves nothing to your imagination here: there is no doubt about the message and style on Bloodlust after this song.

The album features a couple of more guest appearances: ‘All Love Is Lost (ft. Max Cavalera)’, a song about betrayal and hatefully spat out by Ice-T and Cavalera. Randy Blythe (Lamb of God) can be heard on ‘Walk With Me…’, the most aggressive, modern metal piece on the record. Body Count’s cover of ‘Raining In Blood’ is explained (or rather an attempt for justification) by the with an intro but it doesn’t compensate for the fact that the cover is at best mediocre and the sound even a bit bleak.

Being an avid listener of extreme metal genres that involve the lyricist writing near prose or delve into complex transcendent theories, Bloodlust (and in general Body Count) is something else completely. BC is nothing if not straightforward, in-your-face groove, with digestible riffs and easy to get in to. Having heard ‘No Lives Matter’ in the office a couple of times, one has to conclude that this track (as for most of the songs) is written to get stuck in your mind, immediately. This is exactly what I like about Bloodlust the most. While reading up on lyrical themes or stories is undeniably fun, shouting and nodding your head to along to ‘No Lives Matter’ can be just as satisfying.

Other songs that deserve a mention are ‘Here I go Again’, a song about a (serial) killer on the streets stalking his victims, almost told in a cinematic manner by the spoken word, the screams, the sound effects and the simple and dark feeling. ‘Black Hoodie’, is the epitome of the record and represents Body Count is all about, addressing societal issues like the police violence incidents that have occurred in the USA in the recent years and adding outspoken judgment.

All in all, Bloodlust appears to be a reflection of societal unrest in the past years and Body Count has employed this to its advantage by making a blunt record that is asking its listener to actually listen. It’s uncomplicated, straightforward and even though that may not be to everyone’s liking (including yours truly every now and then) it is definitely a powerful record. 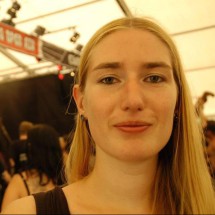