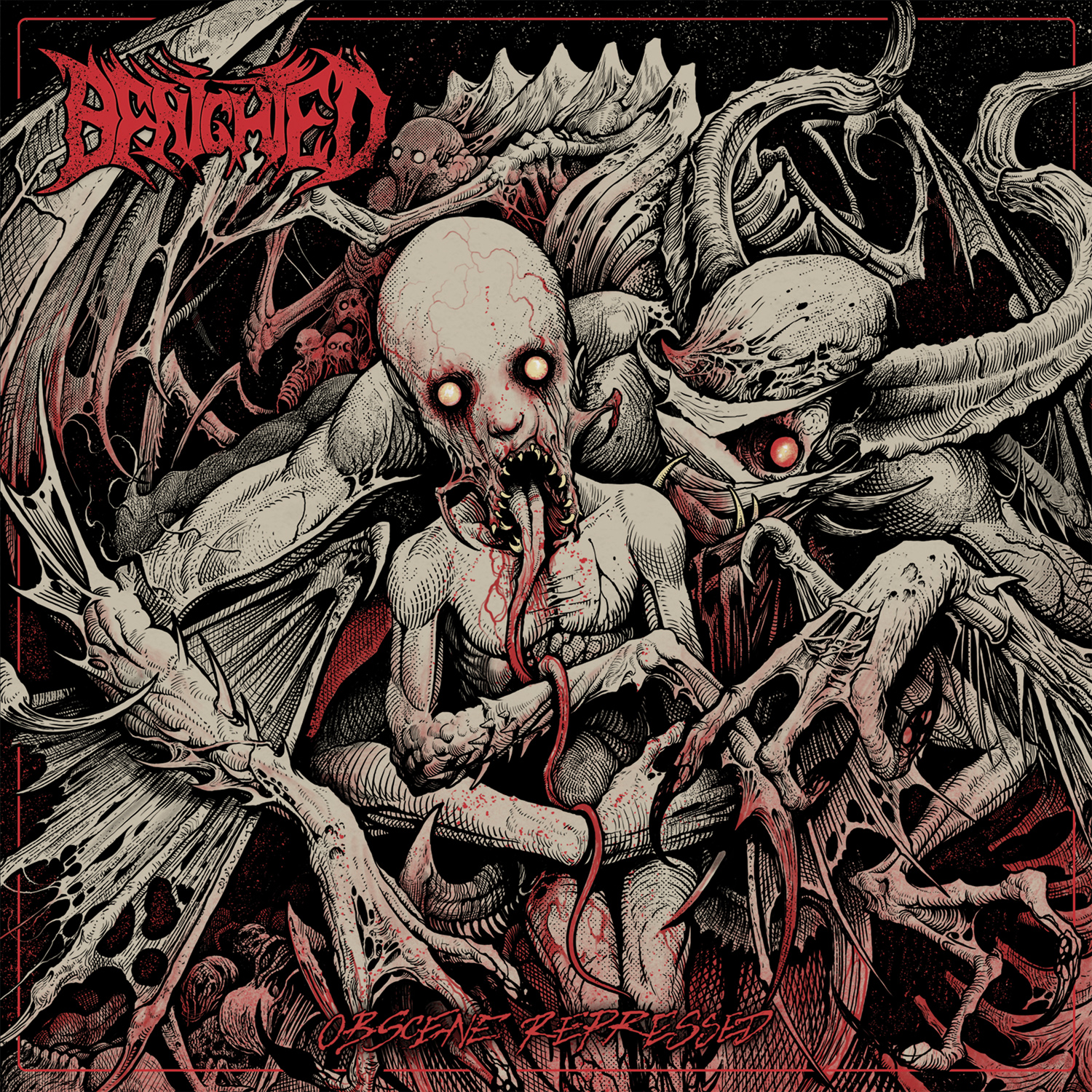 Benighted is a Death Grind band from Saint-Étienne, France. Forming in 1998 and releasing their
self titled album in 2000, these guys have been at it for a long time and it shows. With 9 albums
under their belt, Benighted did not hold back at all on their newest album “Obscene repressed”
VIA Seasons of Mist. This is easily their most brutal album to date. With lyrical content that
sounds like it comes from the psychotic warfare that makes up the mind of the Mentally
Deranged. That being said, it’s not 100% Brutal chaos, this album has it’s fair share of groove,
catchy riffs and melody.

My personal favorite track is called “Muzzle” this song shows every aspect that is Benighted.
Throughout the verses your hit with everything they have and come time for the chorus, it’s heavy
and groovy (probably the heaviest and grooviest chorus I’ve ever heard). Followed by some
amazing jazz inspired melodies, then right back into the Brutal stuff. In my honest and humble
opinion, Benighted is probably the most underappreciated Brutal Death metal band around
these days, at least State side.

Now, I know my next comment is going to be very divisive, but. The song “Implore the Negative”
featuring Jamey Jasta of Hatebreed, is a great musically, but hard to get into due to the vocals.
I’m not saying Jamey Jasta is a bad vocalist by any means, it’s just the vocal styles of Jamey
and Julien Truchan, clash to much and it’s hard to get into. But, it goes to show Benighted, is
not scared to take a risk and push the boundaries of their own music and be orginal. It’s a true
compliment to their creativity.
This album Absolutely amazing! Keep your eyes out for Benighted when they start touring again
and go to a show! I know you won’t be disappointed with they have to offer.