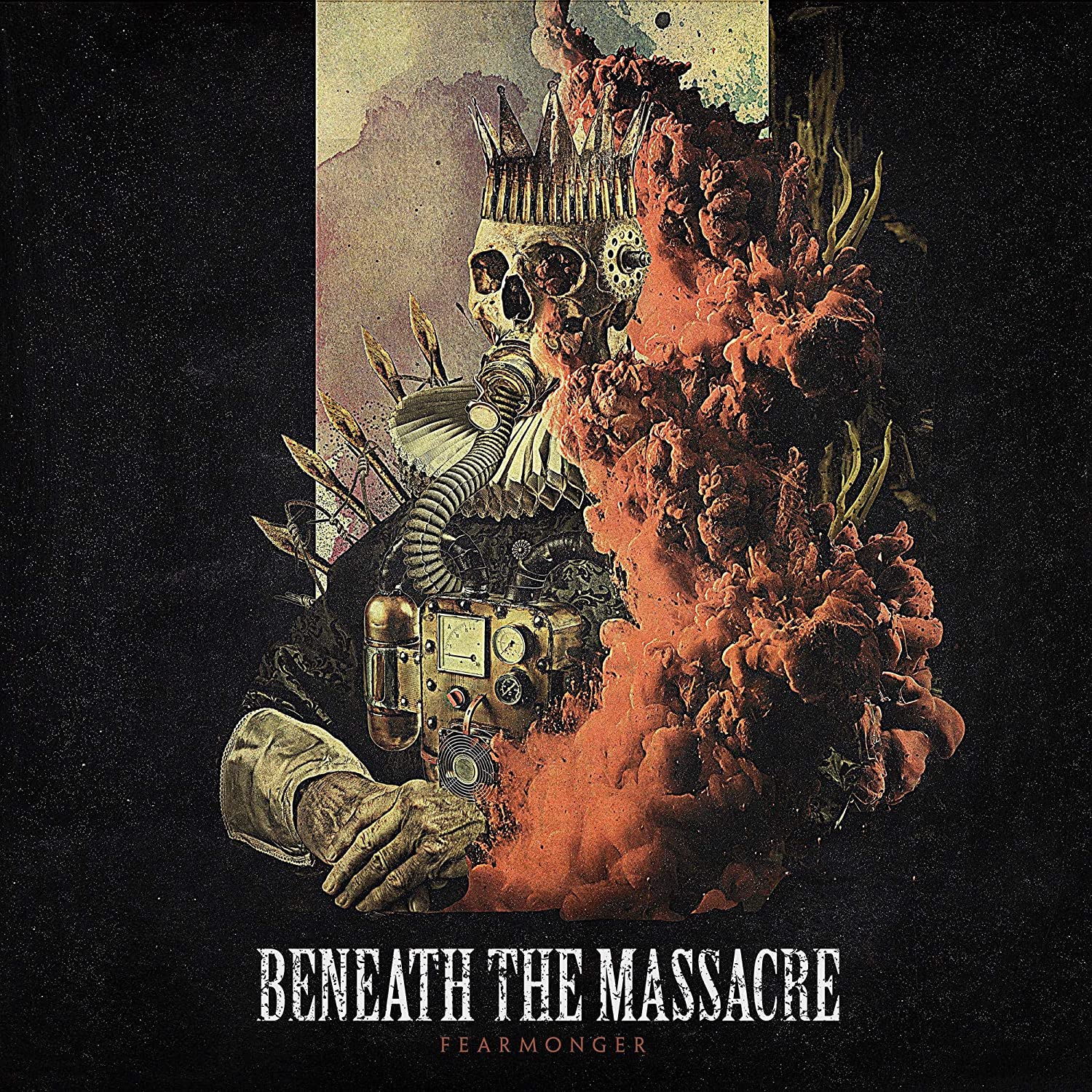 Well know Canadian technical death metal masters, Beneath The Massacre, have released another extreme example of their brand of technical death metal. Released at the end of February on Century Media Records, “Fearmonger” is an explosion of musical intricacy and unrelenting aggression.

After an almost eight year dormancy, Quebec based Beneath The Massacre have written one of the most relentless albums I have heard in quite some time. Musicianship in today’s tech death genre is at an almost unhuman standard, while listening to Fearmonger it is evident that this group of musicians are regarded as some of the most elite in the genre. Right out of the gate Fearmonger comes out blazing with a track entitled “Rise of the Fearmonger”. This track features everything you would want in a tech death song; high BPM’s, technicality, extremely aggressive drumming, guitar scales up and down the neck and relentless vocal cadences. The production on this album is great, its very clean, punchy and well mixed. There are well calculated transitions and strategically placed breakdowns before the speed becomes monotonous for many listeners.

This album isn’t for everyone however, if you are a fan of Beneath The Massacre’s work in the past, you will certainly recognize and appreciate Fearmonger. As for the newer fans in the technical death metal genre, if you are a fan of Archspires work, I heavily suggest that you explore Fearmonger. you wont be disappointed. There is not a lot of diversity in this album, but that is not what is expected of Beneath The Massacre at this point. Fearmonger is a beacon of light that with every song, proves this groups desire for aggression, musicianship and passion for their craft! if these are the qualities you as a listener are looking for, Fearmonger is right up your alley.