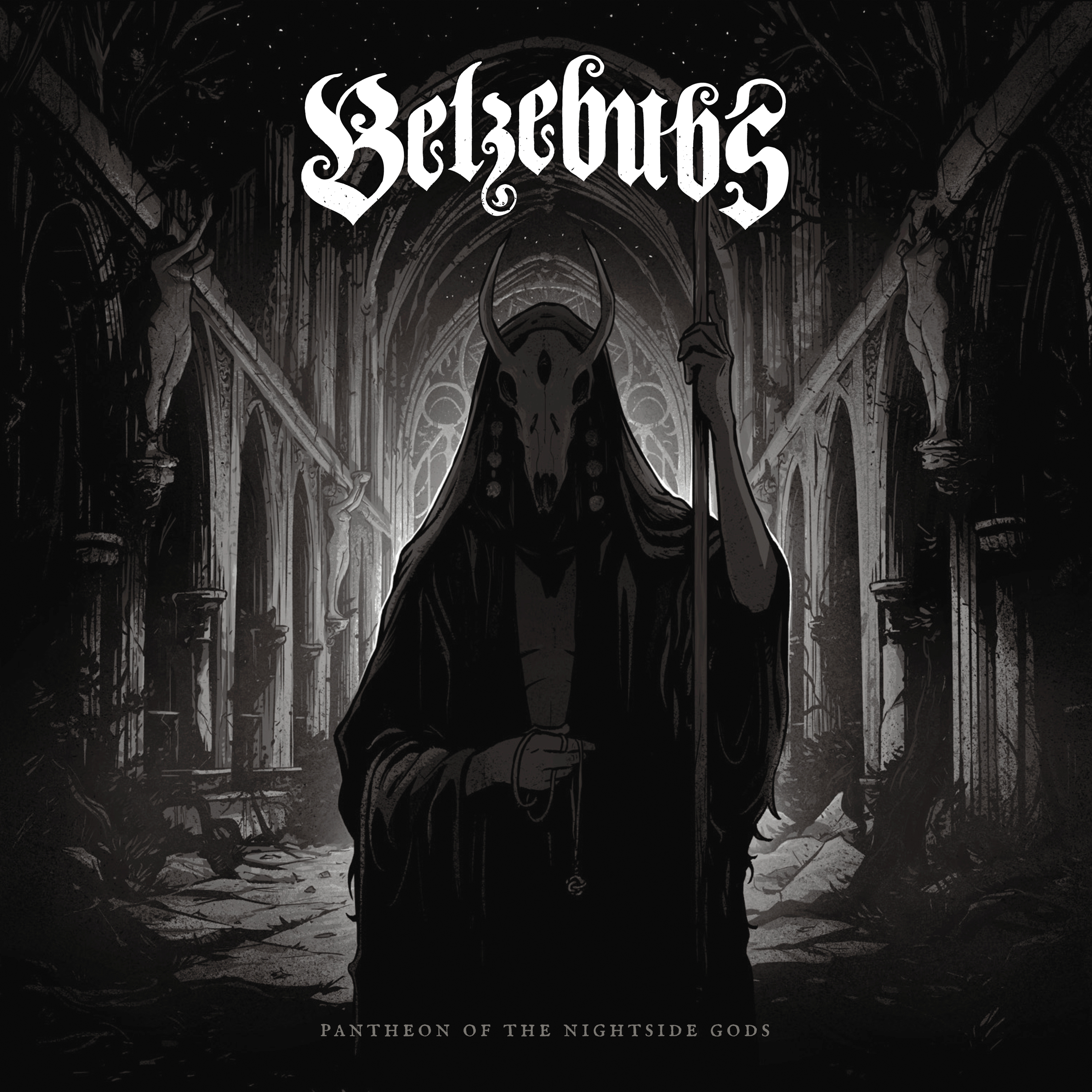 What in Hell’s name! Gorillaz go black? Is it Dethklok? No it’s Belzebubs the “cute” black metal cartoon which now makes their album debut on different listenable formats.

Creator of Belzebubs is JP Ahonen which comic is about black metal characters/musicians. Of course Satan worshiping and corpse paint is included. The comic is hilarious and really cool. That means if you like a comedy twist. For true, cult black metal worshipers this might be to commercial. For me, I could give a rat’s ass about being true. Since everybody has to breath laugh and go the toilet (well I use the toilet, cannot judge whether you lot use it ;)). This cartoon hit of in 2017. With gaining popularity it eventually lead to making music with their first single “The Blackened Call”, being released somewhere in 2018. The single is quite good so let’s see whether ‘Pantheon Of The Nightside Gods’ will follow that trail.

I can say it does. An excellent production with loads of keyboards, haunting solos and decent song-writing make this album highly enjoyable. It reminds me a lot when melodic keyboard black metal bands such as Cradle of Filth, Dimmu Borgir and others ruled the black metal landscape. Although the vocals have a more death/black approach then I am used to.

Opener track “Cathedrals of Mourning” starts with a haunting keyboard intro which eventually leads into a thrilling song with loads of solos. “The Faustian Alchemist” a “Pantheon of the Nightside Gods” and “Nam Gloria Lucifer” are in the same vein but is in my opinion slightly more aggressive. With song writing between three and a little over four minutes both are compact and catchy tracks.

“Acheron” and “The Crowned Daughter”, with beautiful clean vocals, are a bit lengthier, slower paced and melancholy tracks where speed and aggressiveness bursts loose in the middle section until the keyboard outro of these songs sets in. “Dark Mother” has an aggressive in your face approach, an eerie mid-section and loads of melodies. Every song is well written and executed. You can hear that experienced musicians have recorded this album.

Are there any remarks on this album? Yes, it’s lacking of real darkness and although very well executed we have heard it before. Does not mean that this album is highly enjoyable. If you are a fan of keyboard and solo driven black metal you can purchase this album without even blinking an eye. Are you a fan of more ritual and dark song writing…well listen to it and decide for yourself.

Belzebubs has made a solid and enjoyable debut. Accompanied with great and fitting artwork I am curious were this “band” will end up. On the stage? In the charts? Only the Devil knows so let’s wait and see.