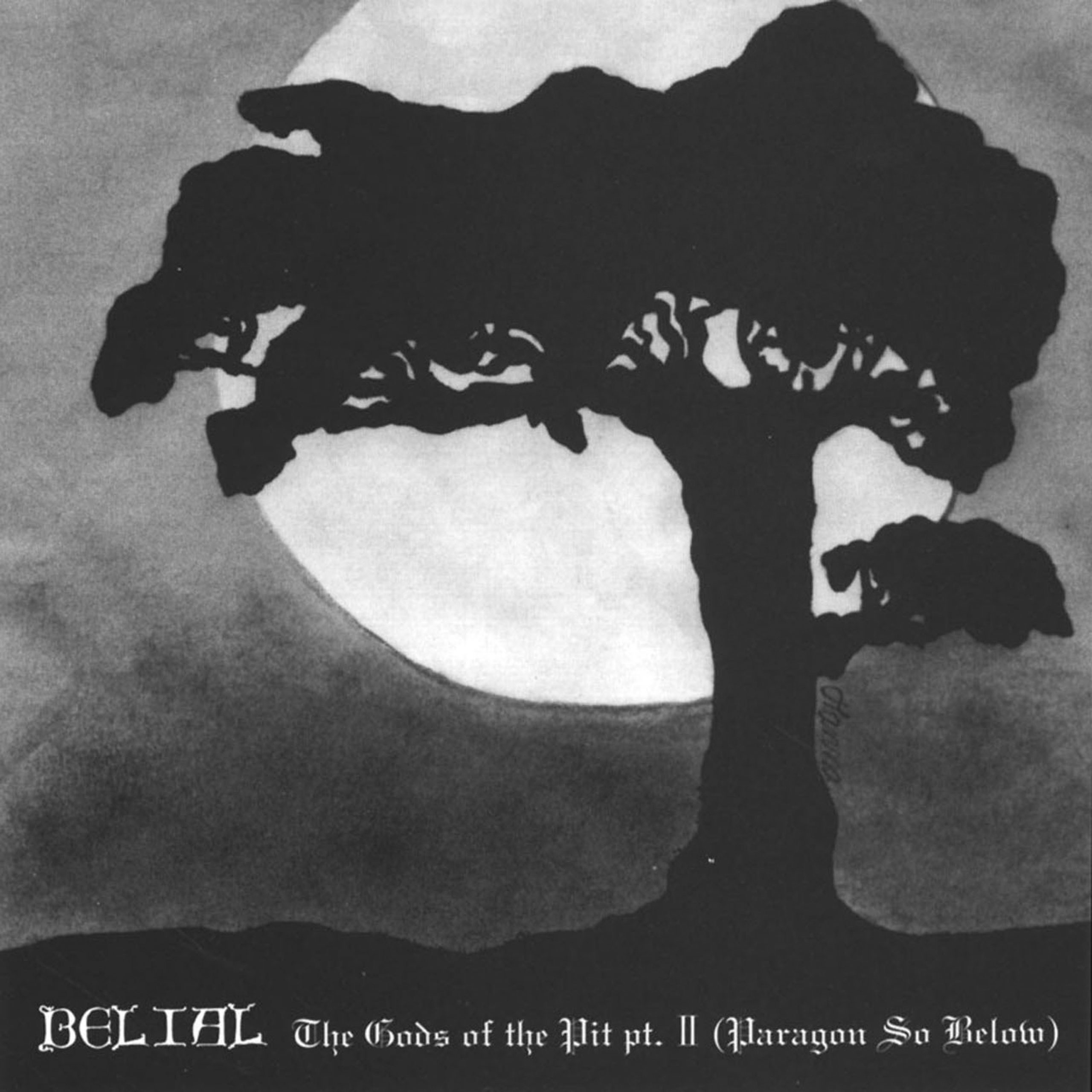 There was a time decades ago before all the computer modernization where death metal was king for raw aggression. This next release is going to take us back to a time where it wasn’t about the refined album production, audible vocals or the perfect tone. It was about grabbing an instrument, for me it’s a guitar, plugging it in and playing as angrily and loud as you possibly can. This is one of the main reasons I absolutely love death metal, especially the stuff from the 90’s. Belial was formed in Finland in 1991 and were one of the road graters for early age death metal. With grinding distortion and luciferian sounding vocals Belial quickly paved the way for the Finish death metal scene.

The Invocation is probably the best song on the very short album titled “Gods of the Pit II”. It is a very medium tempo song but the drums absolutely pound with the rhythm of the guitars. There are no frills or funny business. Just angry death metal! My favorite song on the album personally, is the second track titled “Voices Beyond” I LOVE the opening riff, its very grindy and up tempo. It almost catches you off guard each time you listen to it. I found myself restarting the song a few times after just that riff ended to hear it again. Halfway through the song we get a whammy bar induced lead that really comes out of nowhere.

I’m a HUGE fan of the guitar tone as well. As time has gone on everything with computers and expectations of music, everything is supposed to sound perfect and pristine. The mix on this album is far from perfect mainly because of the time it was recorded. I believe that is what makes me like it even more. Metal isn’t about being perfect and this is the prime example. The guitars are dark and evil sounding. The notes aren’t perfectly cut between each other. As stated, it’s just raw musical emotion.

The only real negative outside of just personal taste for maybe the mix, is that the album is only 13 minutes long consisting of five tracks, the last being ten seconds. However, I believe for what it is, it gets the job done quite well. I think most fans of old school early 90’s death metal will absolutely love the re-release of this age-old classic.

Track List
1. The Invocation
2. Voices Beyond
3. Deceased
4. For Them
5. Piece By Piece