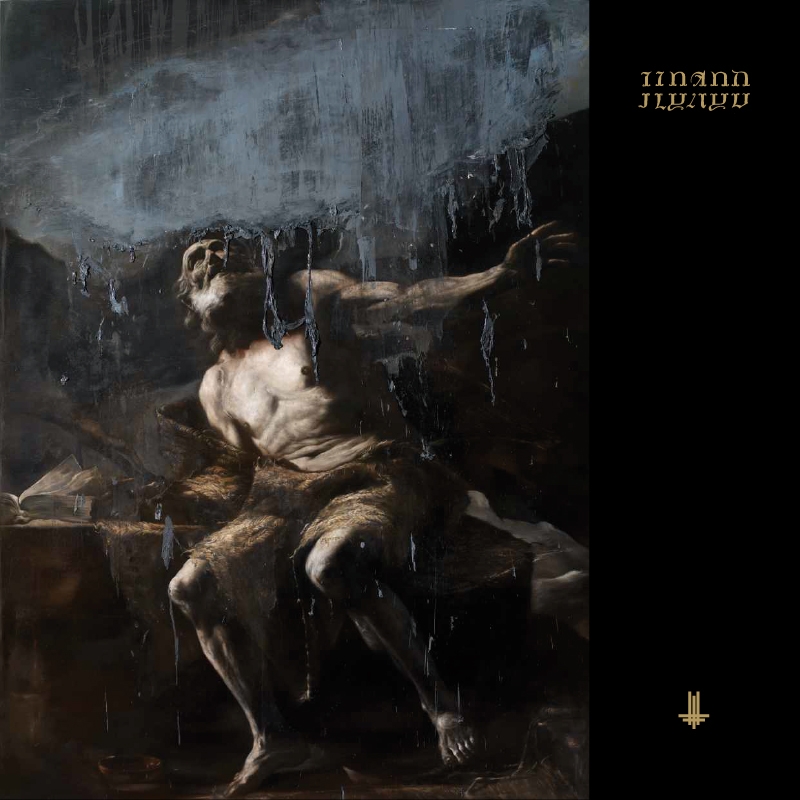 If there’s one band who doesn’t need much of an introduction it’s Behemoth. That they are not particularly good god loving Christians has been proven with their ten previous albums, but with I Loved You At Your Darkest they’re bringing it to yet another level when it comes to anti Christianity. Blasphemy is the band’s favorite subject and dominates on their eleventh full-length once again.
The band did their homework well when it comes to bible knowledge, since they’re using specific bible texts for inspiration; see for example the album title or the song Rom 5:8.

That being said, the actual sound of the album is slightly less blasphemous as I expected. The production of the album is extremely tight, and as very well polished as the choreography of their live shows. I’m am missing a bit of dark, rough edge to it every now and then, and would almost say it sounds a little over produced once in a while… almost.

The album is at least as bombastic as you would expect, but with a little more Rock and a little less Black sound to it. Nergal himself said that at this stage in his career and life he is more inspired by an older band like AC/DC instead of the Black Metal bands he was about 15 years ago. Now this is an interesting fact to me since the last album review I wrote for metal-exposure were fellow black metallers Vreid, and during an interview we did with Hváll last week, he said exactly the same thing, and even that wasn’t the first time I bumped into this opinion either lately.

It seems like there is a trend growing stronger in the Black Metal world where bands grasp back to their own old days to find inspiration. Mostly this works, though the Black metal fan in me sometimes has to get used to it a little to truly appreciate these albums.

Still there is no shortage of blast beasts and dirty vocals on I Loved You At Your Darkest, and Behemoth hasn’t changed their successful recipe much. After the children’s choir that opens up the album with Solve, Wolves of Siberia hammers straight in your face and this is mainly Behemoth as we know them. Songs as Ecclesia Diabolica Catholica, Angelvs XIII, Sabbath Mater and Rom 5:8 have an equal sound to it and will probably be most appreciated by fans who prefer the older Behemoth sound.

The previous mentioned children’s choir is heard back in the already released and very promoted video God=Dog. Besides this children’s choir the band worked together with a 17-piece orchestra, and the result is far from disappointing. In almost all songs, there is so much going on, that the bombastic sound is the life line through the album. Yet it doesn’t outshine the main role of the (lead) guitar and the drums, for which I am glad.
A song I need to mention because it’s a bit different than the sound we’re used to is the also already released Bartzabel. It’s slower than the other songs with a key role for the choir. The almost ritualistic sound makes it less catchier and more enchanting than most songs. A successful step outside if the comfort zone.

One of my personal favorites is Havohej Pantocrator. The song has a brilliant build up starting with just a slow guitar, evolving into an apocalyptic world end sound. The orchestra, the choir, shrieking guitars, blast beats all overpowered by Nergal his rough voice screaming a feeling of total chaos. In the end the song breaks down again, ending with the same slow guitar as it started with, magnificent.

Concluding: Behemoth has produced a decent album once again. It doesn’t completely live up to my (maybe too) high expectations but it certainly doesn’t disappoint at all either. For me, it could have been a little bit rougher every now and then, but as long as they stick to their success formula, and won’t overdo the bombastic sound such as Dimmu Borgir has done, they will only gain more and more fans and certainly won’t lose any.