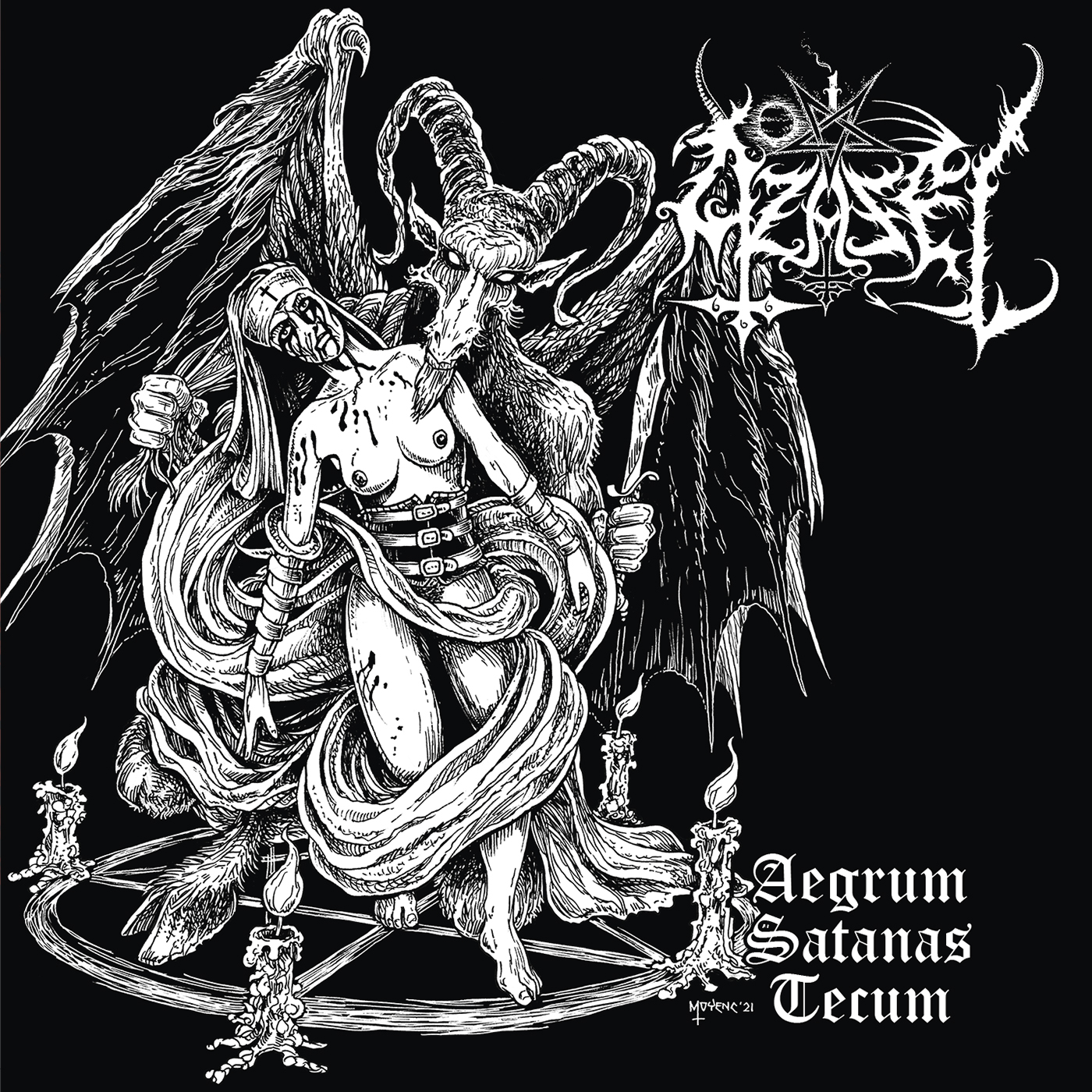 You might know Azazel for their hilarious performance on Steelfest a few years back. For details just go to Youtube. Although it fits the bands legacy it would be pity if you don’t give Azazel a chance to delve in the music itself. Active since ’92 this band is roaming the Black Metal underground, to be more precise Finland, for almost three decades.
Doesn’t mean that they are very active. Their latest spawn “Witches Deny Holy Trinity” is already dating from 2015. And now out of the blue, or better said black, Azazel returns with “Aegrus Satanas Tecum”, and their formula hasn’t changed at all. Spreading crude metal and using themes such as Satan, blasphemy, witchcraft and anti-Christianity they do what they want and don’t give a give shit about what other people think (something to admire).

As said the music and themes hasn’t change one bit. In this case the album starts with a keyboard intro named “Invocation (Hail the Ancient Ones)” before “Jesus Christ Impotent Rotting Saviour” oozes out of your speakers; and although nothing new is being offered, the guitar riff on this song is simply great and fun to listen to. Same can be said of the slower “Welcome to Church Bizarre” and the more aggressive “Worship Him” and other tracks. Additional plus is the fact that the drums are quite prominent in the mix and the whole album sounds raw and clear but still manages to have that filthy underground quality which fits perfectly on this album.

I can explain every song but with titles such as above mentioned you surely must understand that there isn’t much depth in their tracks. This might sound as a negative point but let’s just see this album as it is. A no-nonsense, old school Black Metal album with quite some memorable riffs and fun songs in it. And it has the album cover to prove it. I don’t think this album will ever be an underground classic but is nevertheless a raw yet average vile piece of work which should please fans of Azazel and old school underground Black Metal adepts. Good to see that Azazel has risen from their beer tuns and are still running on alcoholic fumes!