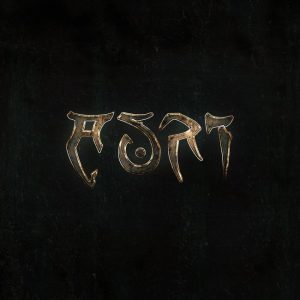 Auri started in 2010 as a project formed by Nightwish’ mastermind Tuomas Holopainen, his wife Johanna Kurkela and Nightwish member Troy Donockley. Now in 2018 they released their long awaited first album.

It’s very clear that the album is nothing like any Nightwish album and has more similarities with Music Inspired By The Life And Times Of Scrooge, but still it doesn’t sound like that album at all either. Auri is something different and something new; it’s filled with Folk and Celtic elements and sounds very storytelling.

Listening to the album I immediately wonder off into a fairytale world. Kurkela her voice is magical yet strong. Combined with various folk instruments handled by Donockley and the keys by Holopainen an otherwoldish sound is easily created.

The songs on the album are varied. Opening song The Space Between starts with a nice drum beat and has a more pop sound to it. It is catchy and up tempo and gets you excited for the rest of the album.
Same goes for Aphrodite Rising.

But the album mainly contains softer songs, one of my favorites, Desert Flower, is probably one of the most Celtic songs on the album and sounds highly inspired by Enya.
Most of you probably never have been to Dutch amusement park De Efteling (seriously, go there! It’s a fairytale themed park) but if you have been there, you’ll get an impression by The Name Of The Wind when you have been into the Droomvlucht ride. This song could immediately become the new theme song for this ride, as the other songs on the album could be featured in the park as well.

What I like most about the album is that it’s very open and accessible, yet you can also hear and distinguish all the different layers in the music and the craftmanship that has been put into it. It’s has been on repeat for many hours and there are many more to come.