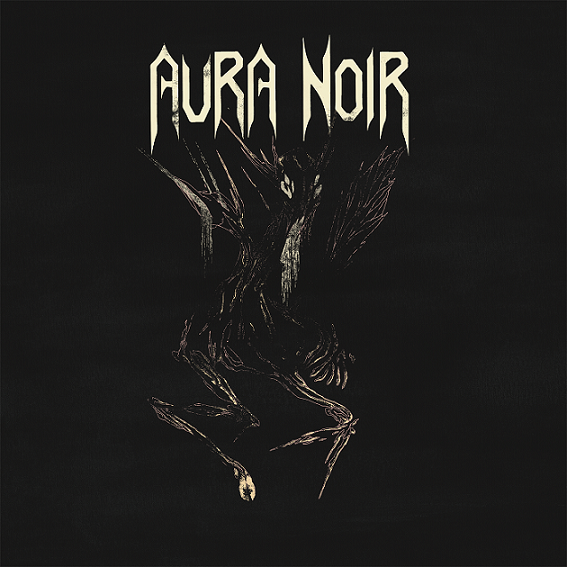 Aura Noir are one of those bands that one either loves, or hates and usually, there’s no in-between. It doesn’t mean, of course, that those who love the band loves every single piece of tune they’re putting out, but would more think about Aura Noir as an endless menace that’s just there, brandishing swords and screaming sore words into a microphone.

It’s a bit strange to see the band’s sixth full length being named almost as a self titled, but it only fits, because hell, this is Aura Noir and they’ve been slashing and thrashing their way to some imaginary peak of names. Long story short, the new album is nothing short than awesome, and I rarely use this word in my reviews. It will, however, take significantly more time to digest than the previous Out To Die and more than the early material like The Merciless and Black Thrash Attack, but once the listener’s brain has learned to appreciate the value of what is presented here, the conclusion would be the above-mentioned.

Don’t get me wrong, I do not mean to say that Aura Noir have been venturing into the realm of over the top sophistication like many other bands try. If anything, right off the bat, an opener like “Dark Lung Of The Storn” is one big fist in the face of the trends that plague the extreme Metal world of today. The one and only Aggressor spits his words through his usual, yet memorable testosterone-filled vocals, whereas “Grave Dweller” shines with Blasphemer’s swirling riffs as you sink into the bottom of, well, the grave. Heck, if such music is being played in the grave, why would anyone get out? Ending in barely 3:30 minutes, the songs ends with one of the best passages that the Norwegian crew has ever put out, and your neck would probably hurt.

The album glides into it’s middle part, with “The Obscuration” being a fast as a bullet track and shows that Apollyon is actually part humanoid robot, when he wants to play uber-fast and destroy everything in his path. “Demonic Flow” is pure Motorhead worship, and shows this beautiful bunch for what they truly are – Not giving two flying fucks about anything in the musical world, unless they want to play it.

The path that the band takes in their new album isn’t anything new to fans of the band that know what they’re going to get, but nonetheless, it’s very nice to see the band bypassing it’s own past works, with interesting track built, like in “Mordant Wind”, all the while keeping the Hellish flames dancing to the sound of harsh guitar work and relentless drumming that bashes any and all trace of elegant melodies, and the off-beats that apparent in “Cold Bone Grasp” are as good as the band can make them.

Aura Noire is a magnificent release, and while it takes a little time to get into in comparison with the band’s previous works, it sounds pretty damn good once you do. Aggressive, ugly, and sleazy, just the way any Aura Noir fan likes it.