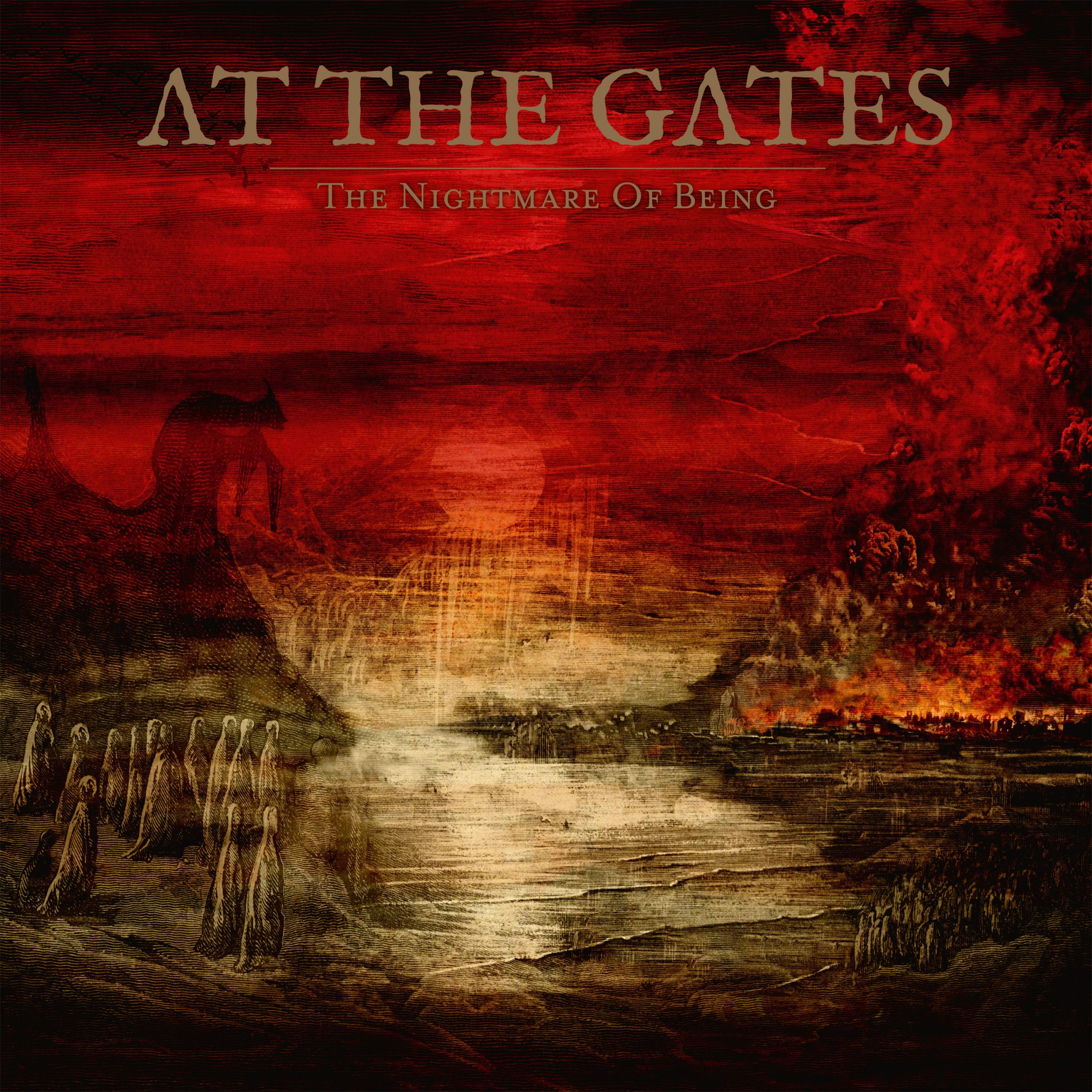 Since their return in 2014, At The Gates have been slowly introducing more progressive elements to their iconic sound. With The Nightmare of Being, they’ve completely brought it to the forefront. I’ve loved the change the band has made since At War with Reality and appreciated it when they brought it out more with To Drink from the Night Itself. From the grossly overlooked and underrated genius of the Red in the Sky/ With Fear era to the genre-defining, monumental, and catchy Terminal Spirit/ Slaughter of the Soul era, and beyond to the present, the band has never really stayed with a sound for too long. I was expecting something completely new with this album, but what happened here seems a little too foreign, yet still enjoyable. I was able to find quite a bit to enjoy, but I’m wondering if it will be the same for the more casual listeners of the band. If you’re expecting another Slaughter of the Soul, you’ll have to look elsewhere.

I’ll be honest, I wasn’t too aware of the merits of The Nightmare of Being upon first listen. I felt the iconic melodic, thrashiness I’ve loved on past albums didn’t have enough time to shine and the clean guitar snuck its way into far too many places. The band doesn’t really sit in any kind of “hooky” diatonic key or mode for too long and will change modes or throw in some weird note if a melody seems like it’s getting too catchy. The melody they try to achieve here is less epic or “pretty” and more eerie and haunting, and it took me several listens to really appreciate it. The typical melodic and chuggy type of melodeath riffs still pop up in songs like Touched by the White Hand of Death, Cult of Salvation, and The Abstract Enthroned. Tremolo parts in The Paradox and Eternal Winter of Reason throw back to the band’s earlier sound just to make sure you don’t forget this is At the Gates you’re listening to.

The biggest twists and turns were definitely in the songs Garden of Cyrus and The Fall into Time. Both have trippy, prog rock escapades that neatly weave their way into creepy, death metal choruses and climaxes. Truthfully, I couldn’t help but laugh the first time I heard the saxophone solo in Garden of Cyrus but after it fit in so well, it shut me up immediately. Saxes in prog death metal aren’t anything new or original and on paper seem ridiculous but sonically I have to admit it freaking works. The saxophone here has a similar timbre to distorted guitar and synth leads so it really isn’t too far fetched to throw it into a groovey, vibing song like Garden. Despite how well the band was able to implement these new parts, I am curious how these songs would fit into At the Gates‘ usually high energy live setting.

Adrian Erlandsson shines through the most here, tonally as well as proficiently. The dude has proven he has has the chops on their previous works, the “Slaughter” era proved he had the stamina and speed and the “Red in the Sky” era showed off his wonky, time signature-leaping, dexterity, and Adrian is wanting people not to forget the latter here. His oh so sweet triple meter thrash beats that I’ve fallen in love with are still present, but on songs like Garden and Fall into Time, he’s traversing all over the place and I’m here for it. There’s a transition in Fall into Time where he goes into a fill for one phrase, and that fill ends up being the back beat of the next phrase after some sort of time change and it made me sit up in my seat.

Thomas Lindberg‘s vocals did take a bit of getting used to for this album. He’s always had that sort of punky, “descending” cadence to his growls but ever since the band’s revival he’s really accented it. While it’s definitely a signature of his, I’m not sure if its current incarnation is what’s always best for the song. Aside from the occasional whisper or distorted talking part in the proggier clean sections, his harsh vocals never really deviate. After a few listens, this became a non issue for me and I assume this is what At the Gates fans expect from him by now, but my initial discomfort is worth noting.

At the Gates has shown that they can age gracefully and experiment heavily without completely abandoning the things that fans of come to love about them. An extremely stark contrast to what the band has become known for, The Nightmare of Being will be delightfully fresh for some, or too much of a change for others, but I believe fans of the band’s previous works will find Nightmare enjoyable. However, I’m doubtful this will be a crowd favorite.

Personal highlights are Touched by the White Hand of Death, The Paradox, The Abstract Enthroned, and Eternal Winter of Reason.