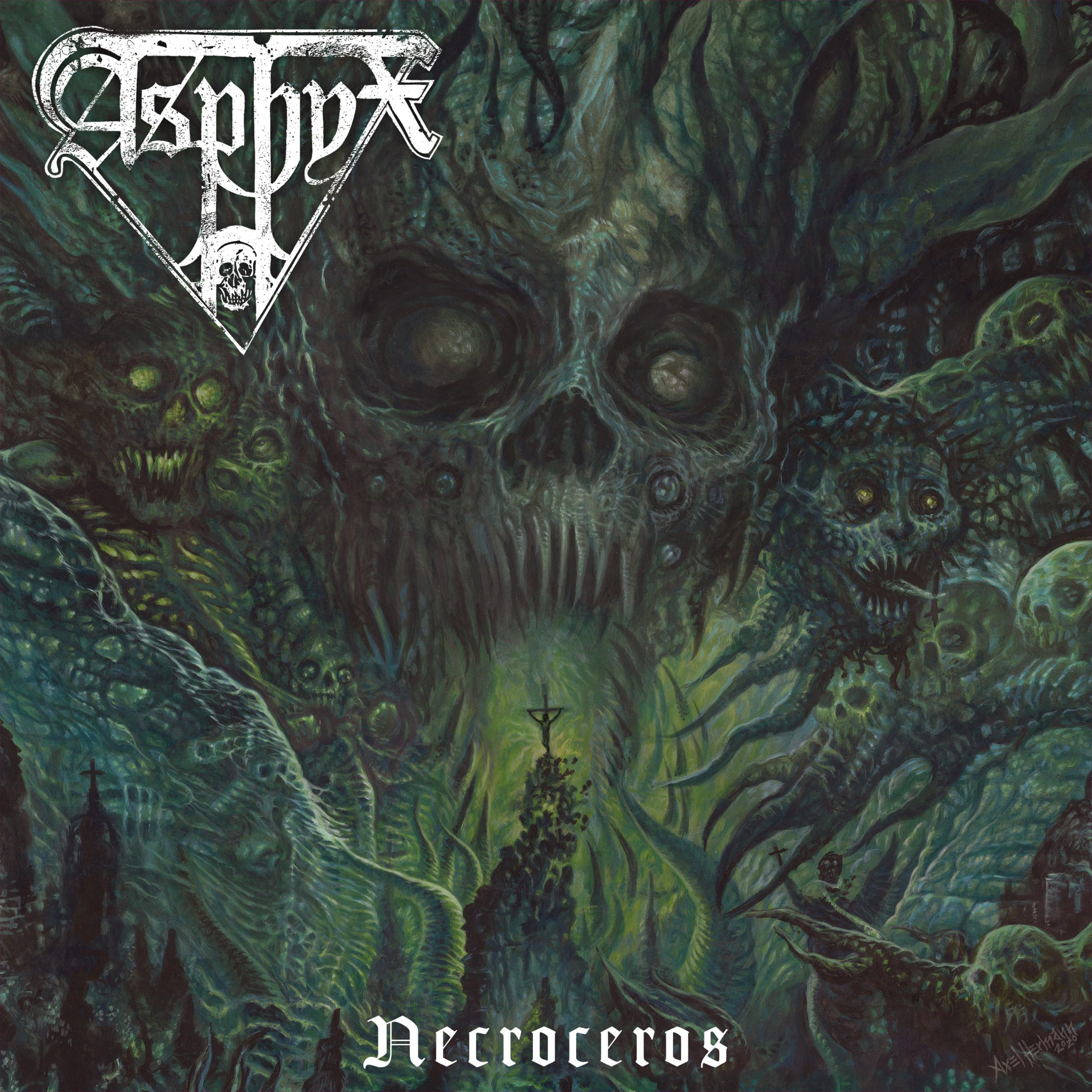 The amounts of bands in the world of Extreme Metal that make it out through the ages, while still maintaining their musical core without steering too much left or right to please bigger crowds (or companies), can basically be counted on one hand. Most either wither away with time, or in a desperate move change themselves to something they were so distanced from, once.
Out of those that remain loyal to themselves, a handful make it. Sure, there are few that survive by the skin of their teeth, but on how many of them can be said that they even bloom so many years later?
One of those bands is The Netherlands-based Death Metal act Asphyx and if you don’t know the name, get out of here… Nah, actually how about you stick around?

I’m honestly not sure the word “act” or “band” or anything like that actually does justice to these guys. I would say that Asphyx is more of a division of tanks, that for years have drove over everything in their path and destroyed it until its’ own mother wouldn’t recognize it, for the sole purpose to put out some of the most aggressive and memorable Death Metal tunes out there.

Necroceros rips itself open with “The Sole Cure Is Death” and for these Pandemic-ridden times, seems like the title quite fits the reality… I only wish that the solutions for these times, would’ve been as fast and furious as the track is, as the pounding drum work dictate the fast lane that on it the band drives into the listener’s ear.
“Molten Black Earth”, alongside “Mount Skull” that kicks in after it, acts as a pair of oldschool jam tracks that basically incorporate a whole lot of what the veteran Dutch band is about – neck breaking, grimy slower-paced riffs that sound like they came out of the abyss with a heavy tone that just seems to go on and on. Cover that with the notorious vocals from Mr. van Drunen and you got material that sound like they would also fit in one of the bands’ album from twenty years ago.

The albums’ 7-Minute-long middle piece, “Three Years Of Famine”, puts the strong connection the band members have with their Doomy side, but this time it’s even more present and it seems that for the duration of it, the chain of aggression is cut short with melodies that almost sound like they came out of a proper Doomster collection. Moreover, halfway into the song the guitar division transforms itself into a gentle, almost soothing melody, which is an element that I never thought I would hear in an Asphyx song. I am not necessarily saying this as a bad thing, though, because it fits the deep layers the song is delivering.

Besides, if someone got tired of it, there’s always the maniacally “Botox Implosion” that’s there to point at these whole post-modernistic perceptions of society and smash it all on a wall, with an anger level that dominates and dictates the speed in it.
Asphyx have been running since the 80s. Not only that these guys haven’t slowed down over the years, they actually thrive. In a way, Asphyx aren’t keeping any embers from not dying out, they’re too busy making flesh-burning bonfires.