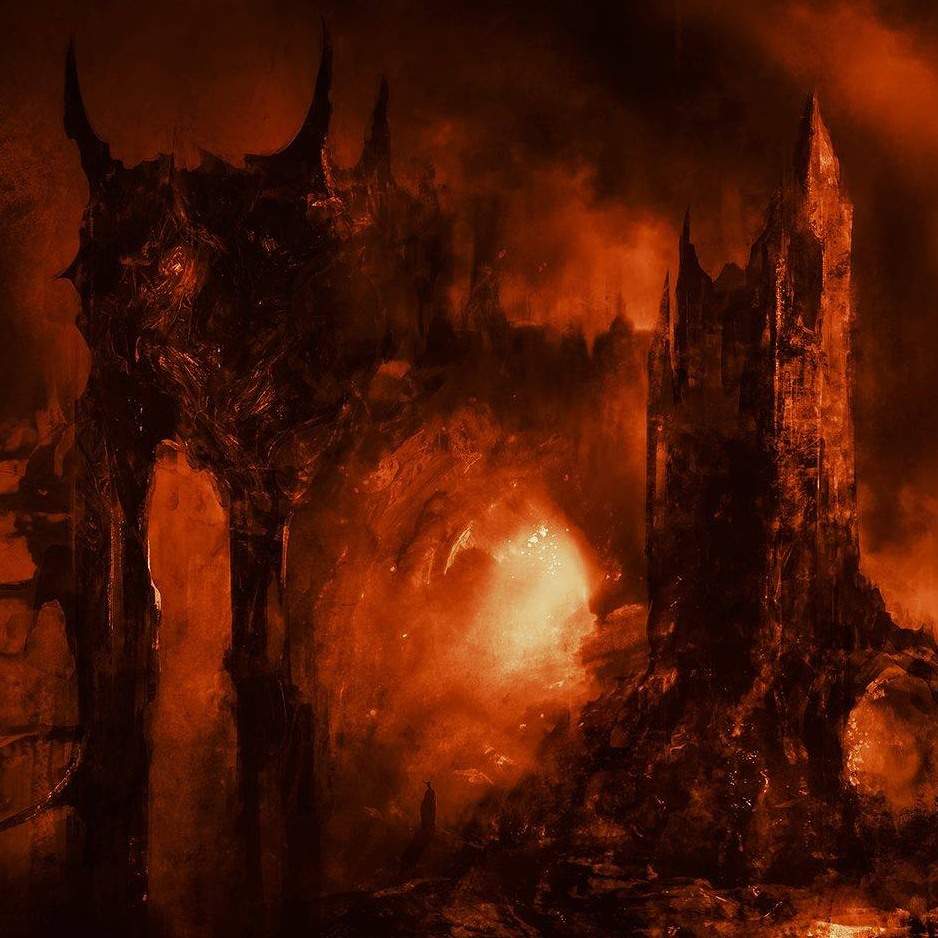 Where does a band cross the fine line between writing standard, yet enjoyable material or writing plainly generic songs? It’s a question that yours truly has been pondering about, whilst reviewing Asagraum‘s ‘Dawn of Infinite Fire’. Of course, in the end it’s a matter of taste. With the band treading on both sides of that border (probably leaning more towards one side a bit more), what’s at the end of this equation?

For the uninitiated, Dutch black metallers Asagraum started out in 2015 and are gearing up towards the release of their second full length. Their style? Think of trve black metal: corpse paint, skulls, song titles featuring Lucifer and bullet belts, bordering on cringe worthy. Nevertheless, Asagraum are currently the hottest topic in Dutch hype land, spreading their music like wildfire and successfully booking shows.

‘Dawn of Infinite Fire’ starts off pretty neat with the rapid and aggressive “They Crawl from the Broken Circle”. One thing you can notice about the album is that the production standards are good, the sound is pretty full, but it’s still possible to distinguish the different instruments. Or take “The Lightless Inferno”, a merciless, fiery beast of a song, serves as a reminder why raw, straightforward yet very dynamic tunes work.

The groovy rhythms of “Abomination’s Altar”, will certainly get a mosh pit going and some heads banging. Especially the more accessible riffs further on, combined with the tempo, make this one of the highlights on ‘Dawn of Infinite Fire’.

Continuing down the track list, the problem yours truly has with album slowly becomes more clear. A lot of the material is generic and formulaic, and it’s all been done before. Also, what does not help is that a lot of parts on this album can be easily cut out and randomly edited in somewhere else. You probably would not notice. After four or five songs, the lack of ingenuity simply kills the attention span.

There you have it, the two sides of ‘Dawn of Infinite Fire’. All in all, it’s not a bad record. The sound quality is good, the musicians seem to know what they’re doing and one can bet that Asagraum can turn a live show into a party. Still, the album overall is quite ..bland. If you like your black metal straight forward, fiery and a tad simplistic, go for it. If you like your black metal with a challenge and thought, skip this one.