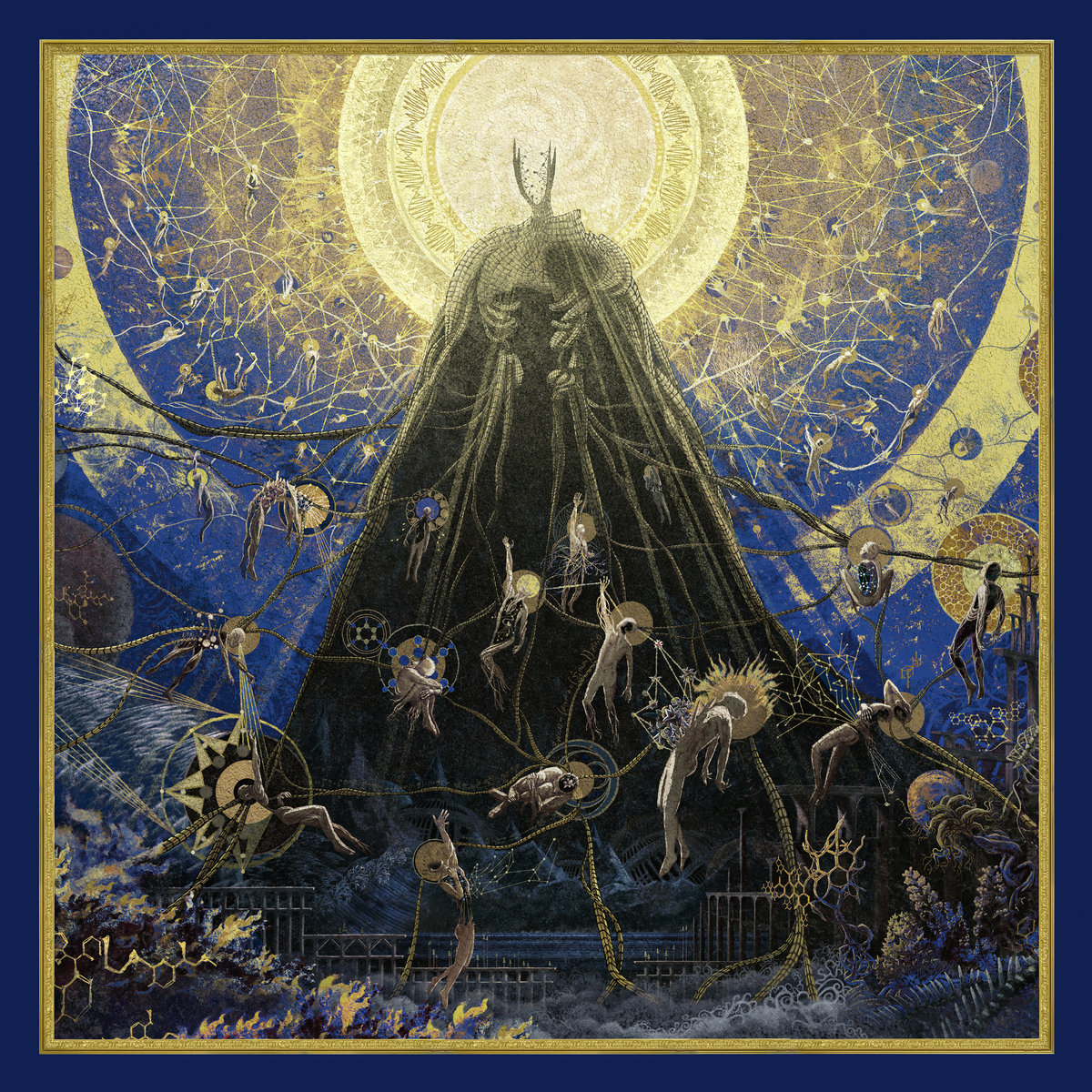 Between Oceans of Slumber and The Ocean, it seems all my favourite bands are suddenly ocean-themed. With the singles from the new …And Oceans album being highly promising, it’s time to find out if a great thalassic trinity can be formed. The Finnish symphonic black metal oufit has had a bit of a renaissance in recent years, having released “Cosmic World Mother” in 2020 after Mathias Lillmåns (Finntroll) taking over the vocals, which ended their 18-year spell of not releasing a new album.

Three years later the band returns with “As in Gardens, So in Tombs,” and starts with the titular track, which has a surprisingly spacey theme that comes through not only lyrically, but also in the experimental instrumental interlude. The guitars are, perhaps a bit surprisingly, catchy for this sort of music, but work out really well and the early feeling is that the album is somewhat reminiscent of Carach Angren, but with much less drama and instead a more streamlined and spearheaded storytelling.

“As in Gardens, So in Tombs” is intense throughout, which is mainly aided by Lillmåns’ relentless vocal delivery and the drumwork from Kauko Kuusisalo, which, while mighty, doesn’t drown out the symphonic elements of the keyboards. “Likt törnen genom kött” is one of only two tracks with lyrics not in English, but instead in Swedish and more languages is always better so we’re putting that down as a plus. The release continues with the first single and the album’s best song, “Cloud Heads,” a track that’s an absolute sonic onslaught while maintaining its melodic touch.

Lyrically, this album is far more complex than I imagined it would be, and there could seemingly be many possible interpretations of them, especially on songs like “Wine Into Water,” which despite its Biblical connotation seems to be implying a sort of great reset of life and possibly the universe, although it’s very likely I’m just interpreting this wrongly. In the second half, the record can be accused of getting a bit stale and not offering anything that would make the listener raise their eyebrows, although some interesting guitar work still appears on “The Earth Canvas,” one of the slightly more tame songs on the album.

The album ends with two more bonus tracks, out of which “Third Eye Catalyst” is definitely the more interesting one as it plays with the symphonics and just rounds off the album in a way that makes a lot of sense. Finally, I have to say the cover art by Adrien Bousson is absolutely gorgeous and it’s one of those things that draw you to an album even when you don’t yet know anything about this philosophical cosmic creation.

As in Gardens, So in Tombs is fascinating, although potentially not immediately super engaging to the listener. It has a scary façade that needs breaking through to unravel all the wonders it holds within. It’s one of those albums that should reward you with something new every time you listen to it and with this …And Oceans are continuing their resurgence really well as well as starting off 2023 strongly for extreme metal and very firmly putting themselves among the top bands of the symphonic black metal subgenre.