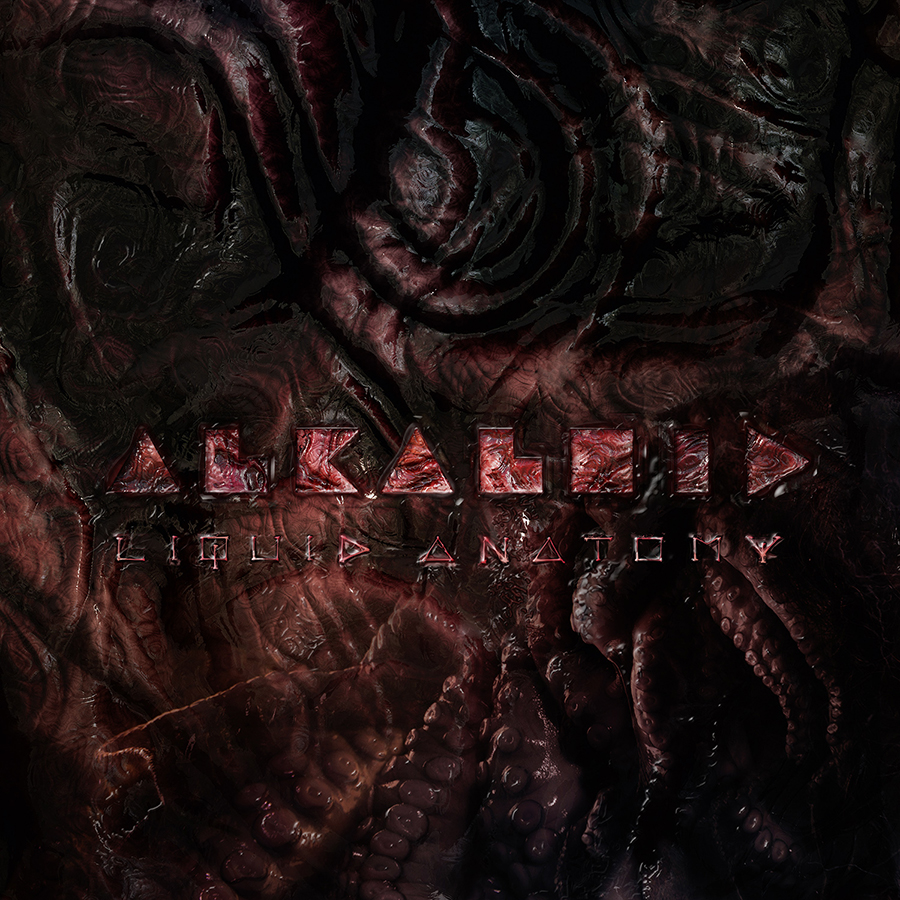 Did you take your Alkaloids today? No? Then it’s high time you do so, but mind the type and dosage!

Alkaloid, besides a group name for naturally occurring molecules containing on or more basic nitrogen atoms, is a German (Bavarian) progressive death metal band that are really good at just that: making intricate, complex and interesting music (maybe even caffeine or nicotine driven). Music, that from a compositional point of view is probably above most of us ‘regular’ humans in terms of dissectability. Where some bands might get lost in too much technicalities, Alkaloid keeps it ‘true’ on Liquid Anatomy, their second full length (released May 18th 2018). True to making listenable music (which, among other things, should be at least somewhat pleasing).

Rolling riffs a plenty, here there cut short by blast beats (Hannes Grossmann, ex-Obscura) and undistorted bridges, but always flawlessly sewn together by Moreans (a.o. Dark Fortress) vocals. Lyrically, they explore the realms of the biology, astronomy and other scientific themes, although leaning heavy on an artistic interpretation of said subjects. This worked well for me on the title track Liquid Anatomy and Interstellar Boredom), but a bit less so on the otherwise nice sounding opening track Kernel Panic.

Liquid Anatomy offers many layers of compositions, both on the individual instruments (the riffing and solos complex exercises, to leave many a musician behind in futility) as well as on the complete (inter)play. The vocals are, as we can expect from Morean, close to perfection. This holds for both the clean as well as the grunted ones (go listen to Interstellar Boredom for instance).

But…. The album fails to grip me for a complete spin. A couple of songs – yes, sure, I even like them individually. Yet somehow the complexity and flawlessness of it itches my soul and over-tickles my brain. Don’t get me wrong: your truly loves the listenability of it, compared to some of the other Tech/Progressive Death out there. But, given or take a few moments here and there, the album fails to really enrapture me.

However, upon reading the lyrics of Rise of the Cephalopods, I did greatly appreciate the marine life initiated take over of life on earth, perhaps metaphoric for our own puny little existence that also began with fish growing legs. This magnum opus perhaps explains best the restless, nihilistic atmosphere this album puts down. An atmosphere full of powers and phenomena that are well above the grasp and understanding of our meaningless existence. Or are they? Scientific research did decipher a lot, bringing part of the inspiration to this album?

Liquid Anatomy is a great piece of work, in lyrical, thematical and musical ways. And if you like technical and progressive music, you cannot miss this.