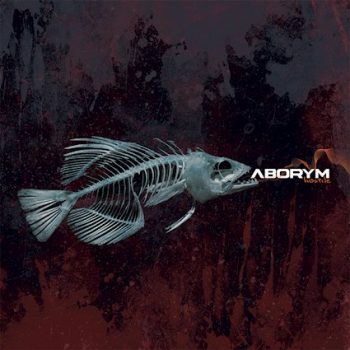 Aborym (IT)…..once sat high on the throne with making excellent Industrial Black Metal. But that was years ago. Since “Dirty” this band shifted gears into a more industrial rock position. With “Shifting Negative (2017)” the Black Metal injection was gone exploring a more NIN-based path, and there’s nothing wrong when a band’s musical approach changes. Especially when their latest album “Hostile” horde paves the way further into walked upon and lesser known paths resulting in an exhilarating and intriguing adventure.

I must admit, I am still a huge fan of the older albums. Thinking of “Kali-Yuga Bizarre” and “Generator” I am missing the good old days were this band spawned venomous furiosity with its unorthodox Black Metal style. These times are over. But I must admit that Aborym, albeit in an entirely other style, manages to keep its head above water with its Industrial Rock. While, “Shifting Negative” was a bit disappointing it seems that they have perfected their song-writing without forgetting their adventurous approach. This results in a solid, very well enjoyable and dark piece of work.

While songs such as “Sleep” and even the trippy “Lava Bed Sahara” reminds me of NIN there’s plenty to discover. In fact, with fourteen songs it is a long ride. Maybe even a little too long to digest in one go. It has taken me quite a lot of spins in order to grasp the quality of “Hostile”. But at the end it grabs you by the balls, if you have them, and will not loosens its grip until the ride is over, and that means something when you and in this case I mean myself, have a love/hate thing with Industrial Rock.

On opener track “Disruption” whispers slowly build up tension until it erupts in a heavy guitar with sonic electronics. Then, on the follow up it shifts gear into the guitar driven “Proper use of Myself”. This should be a great song live and could well be made by mr. Reznor (NIN) himself. But besides the reference the mix of psychedelic tunes, electronics and heavy guitars are simply fun to listen to. The use of saxophone on “Solve et Coagula” is a very clever touch on an already great song.
All tracks are great. Just listen to the almost poppy “Horizon Ignited, the short yet aggressive “Stigmatized (Robotripping”), the trippy (dark) dreamlike “The end of a World” and bass-guitar driven “Wake up. Rehab” and |I can only conclude that “Hostile” is an exhilarating ride.

If you are a fan of NIN you should definitely give this album a try, and if you are a buff for Industrial tunes you can give this album a go easily. Aborym manages to re-create itself resulting in a band and album which surely will take a few spins but excels in making intriguing and intense songs. Is it metal? Not really, but there’s enough darkness on this album to compel the open minded listeners. If you think you are one of them give this album a few spins and let the industrial ooze in. Good to hear that Aborym is back with an excellent and highly enjoyable album. Great stuff!