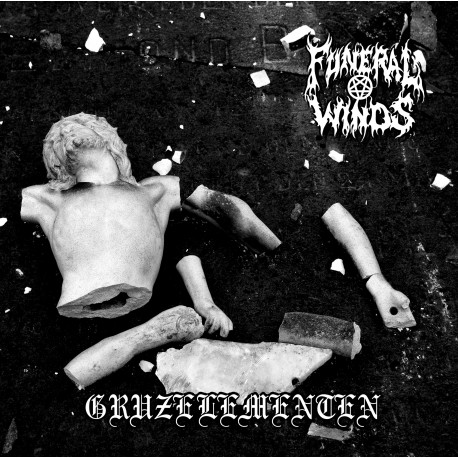 In the last few weeks of 2021 I ordered a few albums from New Era Productions which has an excellent E-shop selling known and lesser known Black Metal releases. But besides this, New Era Productions has a quality label spawning loads of underground Black Metal releases.
With my order came a few free albums (thanks Jasper!), and I have decided to make a short impression of these albums giving both band and label a chance in the spotlight. Some releases are from 2021 and some haven’t seen the light of day (or night). Enjoy these short reviews!

Gärgäntuäh – Urmystyk
This Dutch band is back after their debut EP “Dödenlicht”(2020). With loads of atmosphere this cold, grimm and pagan piece of art directly brings you back to the inglorious nineties. The production is spot on, especially when listening to the melodies and vocals buried in the mix. Both musicians lend their vocals which give the music additional charm. “Urmystyk” might take a few spins but eventually enthralls your black heart with some eerie tunes which remind me of old Taake, Dimmu Borgir (For All Tid), Evilfeast and many more. Very good album and well worth discovering!
Score: 8,3 /10 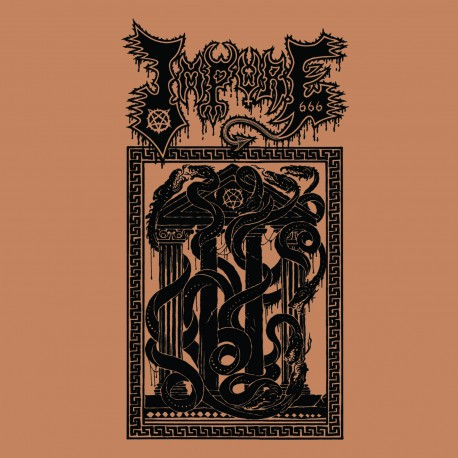 Impure – Worship Them
If you want to listen old school Black/Death, Impure (USA) is one to look out for. Gaining more and more popularity New Era Productions decided to re-release the EP’s “Transfixed in Limbo”, “The Devil Sees my Dream” and “Damned” on this pitch black release. Just think of Morbid Angel mixed with War and a pinch of Slayer, hence the cover on this album, and you might have a grasp of what this is about. Good stuff when you want it old(school) but cold!
Score: 7,4 / 10

Grand Celestial Nightmare – Excluded from Light and the Pleroma
Call it Black Metal…call it Gothic Metal or Call it Dark Metal…I don’t care. Take an epic, keyboard ridden sound with pounding guitar riffs straight out of the early/middle nineties, a pinch of Doom and particularly the (in)genius musical approach of solo member Mories (Gnaw Their Tongues, Aderlating and many….many more) and you have a recipe for a dark concoction. Surprisingly this project is a little more accessible than I am used to from my Frisian friend. Think of bands as (old) Rotting Christ, Necromantia but also Naglfar, old Moonspell and you grasp the idea. This is just a really fun and cool underground release. Check this one out!
Score: 7,8 / 10

The Gloomy Radiance of the Moon – When the nameless Stars Serenade your Ravenous usurpation of the Blackness
Quite a mouthful and I wouldn’t recommend uttering this band and release title in the pub after 6.66 pints. The Gloomy Radiance of the Moon presents lo-fi melodic Black Metal, ridden with keyboards that is. It sounds as if there isn’t a guitar in the production. Well….probably there is somewhere buried in the mix, and that is the biggest problem of this album. The production is so hard to get through that the really cool elements, diversity and oozing darkness of this album are very hard to find. That’s a pity because this solo project really could be worthwhile.
Score: 4,8 / 10

Funeral Winds – Gruzelementen
Last but not least Funeral Winds. Roaming the lands and spreading darkness for more than 30 years now Funeral Winds is a force to be reckoned with preaching Satanism, darkness and hate with their direct even sometimes punkish orthodox Black Metal. With “Gruzelementen” Funeral adds another dark gem to its extended discography. This album ended in my year list of 2021 which shows what kind of quality New Era Productions has in its stable. Just listen to “Night of Reckoning” and you will probably agree with me. Great stuff!
Score 8,4/10

So that’s it folks. Hopefully I have put both band as label in the spotlight for you. Make sure to check some bands out when you think it’s your cup of (black) tea!