Acoustic tours, more and more bands seem to keep things fresh for their audience and they try different approaches for this. After a successful acoustic tour through Finland, they prolong this through Europe. Not in small cozy venues, no, today they play in the big Effenaar in Eindhoven.

Touring with Sonata is the USA based power metal band Witherfall. They have been though a rough patch, losing their drummer. Their most recent record is a lot darker because of this. 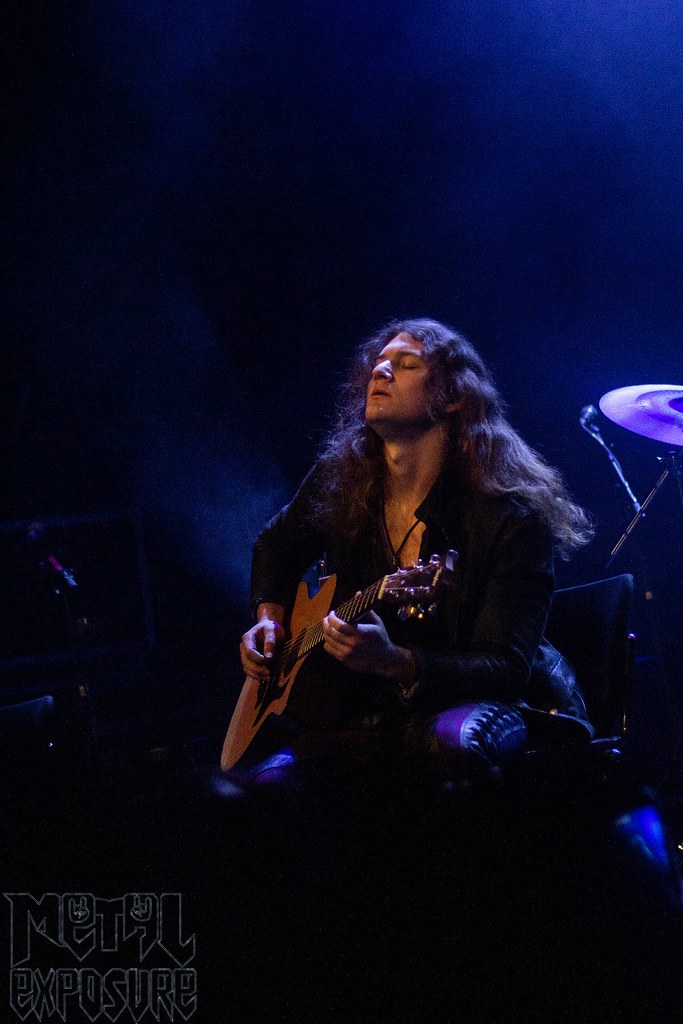 Witherfall joined Sonata Arctica in their acoustic setting with bass, guitar, keys, percussion and singing. Their songs did sound good, the acoustic setting fits the songs well. It was fun watching the guys play. Sometimes keyboardist Alex looks a bit scared or uncertain on stage. Ahmad Dubose-Dawson is a special guest during this tour on percussion. He looks like a real voodoo master on stage, using different instruments.

Sometimes the band seems to be a bit out of sync with their timing and inside jokes on stage didn’t really amuse the fans. A fast acoustic guitar solo didn’t work that well, since it felt like the notes had to be changed too fast and were not to be heard very well. With a lukewarm applause Witherfall had to leave the stage. A shame, because the band have it in them to deliver much more.

To call this an acoustic tour is not really correct. For people who hope to see only ballads or slow versions, they are in for something completely different. Electric guitars, drums and some faster songs were also part of the show. 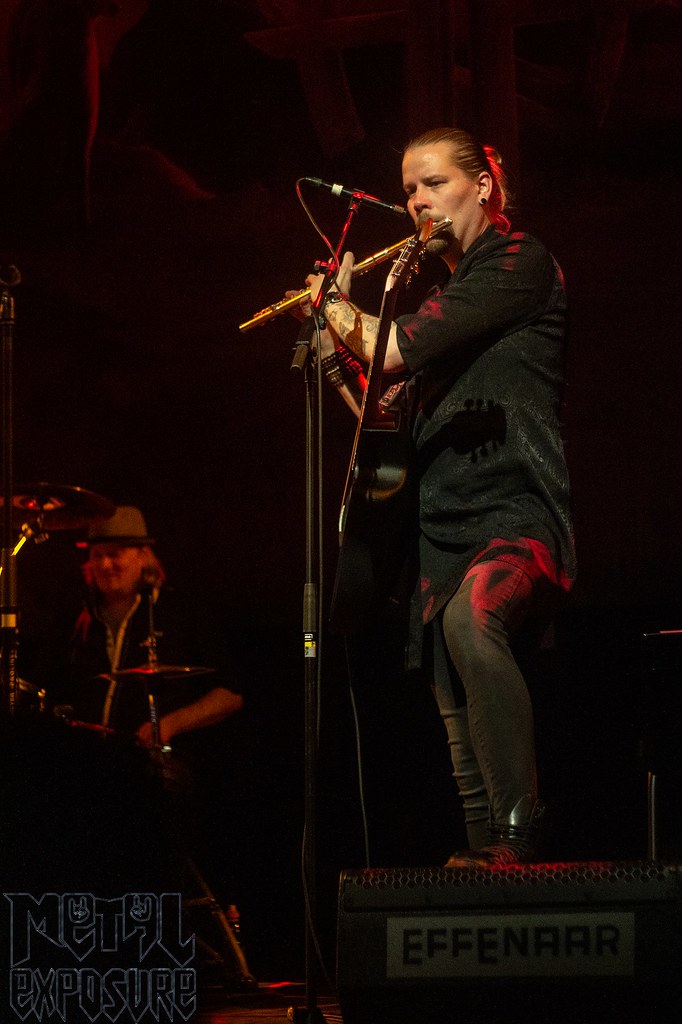 As a special plus one, Sonata Arctica had a multi talented guest. Masi Hukari joined the band on stage as a plus one on keyboard, guitar, flute and even more. I think he would be a welcome addition to the shows from now on! Joking with Henrik and the rest of the band, he fits well into the show and as a part of the band.

As always, Tony had some little anekdotes between songs. One was a story on how he served in the military and had time to write Letter to Dana, during another he let the band talk about their first “shit car” and how it feels when it’s “Paid in Full”.

Sonata Arctica had a cool surprise for die hard fans, since they played “The Rest of the Sun Belongs to Me”, a song only found on the Japanese version of Winterheart’s Guild. Naturally, something that fits perfectly in an acoustic show, Tallulah was played. Apparently there is a karaoke bar in Finland where it’s stated that they prefer you not to pick that song anymore.

As if the songs played didn’t provide enough entertainment, the band keeps joking and pulling little stunts on stage. Henrik had a little celebration trumpet and a special little keyboard for Flag in the Ground, and Tony had a small flute or something which he used to introduce Dire Straits’ “Walk of Life, which has a similar start as “Among the Shooting Stars”

At the end, Tony told us that they would be back with a new record, set to release on the 6th of September. This was definitely a night to remember, where songs like “Victoria’s Secret” felt extra special in this setting. The night was not without little errors on stage, but Sonata Arctica always know how to turn that to their advantage and win the crowd over.