Sometimes bands take a little bit of extra effort to deliver something special. Sòlstafir brought a string quartet to bring their already melodic music that extra dimension. There was no band as support act, so people had to be in time not to miss anything.

Singing along isn’t easy with this band. In this case, the whole mood setting of the evening was enough. Sòlstafir brings an emotional performance on stage which seems to leave everybody in some kind of trance, moving along with the music.

This makes the fact that halfway through the show, the band says thank you and just leaves the stage. The surprised audience is left with a movie playing on a big screen, yet hardly anyone is paying attention. It just pulls everyone out of the mood they were in and so the band kind of has to start anew when they re-enter the stage. A strange phenomenon which would have had more of an impact if we were at least know what we were watching. 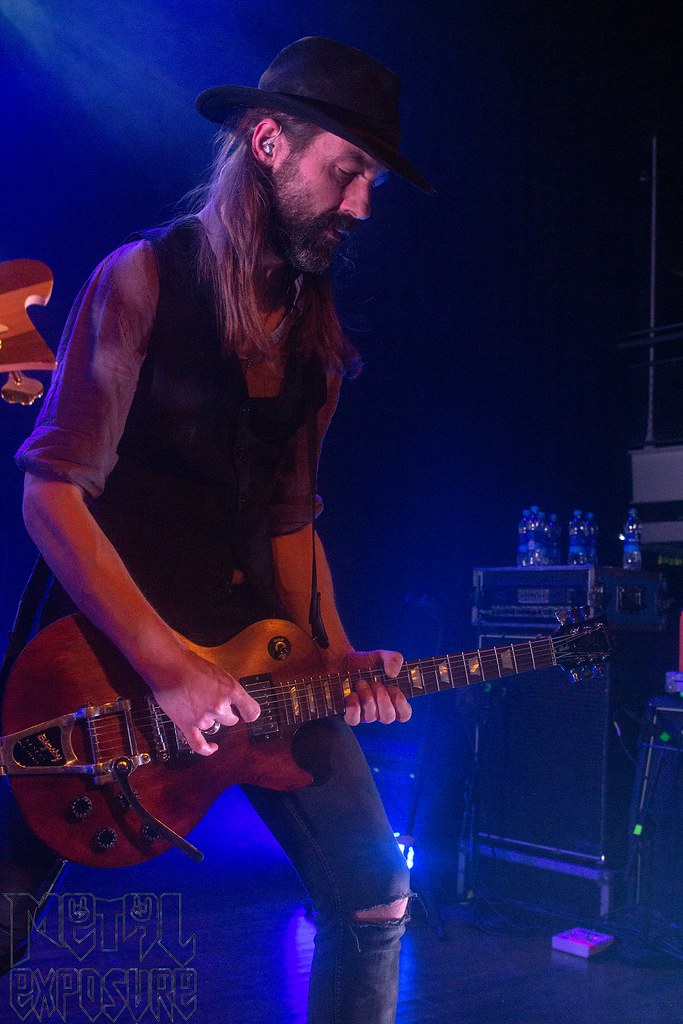 Thankfully, the string quartet knows how to hit the right tone and we are easily sucked into the music again. What also helps, is the emotion and passion of singer “Addi”. He drags the crowd into the performance, sharing moments, handshakes, sitting on stage, face to face. Not something any other singer would do. It really gives a special vibe, as if the atmosphere and mood were not good enough and special already.

Sòlstafir played a mix of their records, even addressing serious issues like depression. The show lasted for about two hours, but it felt like it was over in a breeze. We hope to see Sòlstafir return in the Netherlands quickly!