This is not the first time I will spend my Valentine’s day with Delain. And this one is a little bit more special. Even though their latest record “Apocalypse & Chill” has been released, they chose today to have their official release party. For this party, they brought along Blackbriar. 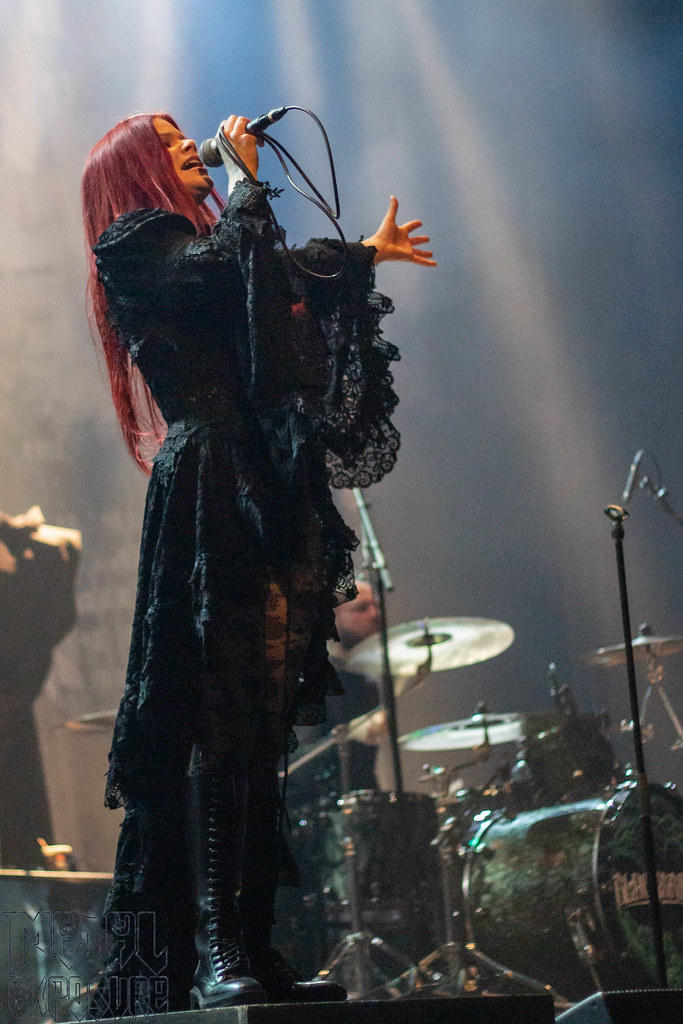 The last chance I had to see Blackbriar, was with Epica and Mayan in Herthme. Sadly, I missed them that day, but we had a chance to make up for it tonight. Their music can be described as a gothic rock/metal with a kind of witchy vibe to it. Lead singer Zora had the stage presence for it anyway. And behind keys we found another familiar face, namely Ruben Wijnga who we know from his work at ReVamp.
For me on the second row, the show was quite dark. It was hard to see the faces of the people on stage, but they sure let the music do the talking. Blackbriar had quite a few people in the crowd and they were happily singing along with songs like “I’d Rather Burn”, “Stone Cold Body” and “Into Eternity”.

Delain kicked their set off with “Burning Bridges” of their latest record “Apocalypse & Chill”. After that, it seemed as if Charlotte was not really awake yet, as they announced “Glory and the Scum”, while they played “Creatures”.
Since it’s Valentine’s Day, Charlotte beckoned everyone to get a little bit closer to each other and if we wanted to snuggle, feel free to do so. It was time to slow things a bit down with “Hurricane” after which we traveled back in time a bit for “April Rain”, one of the fan favorites. 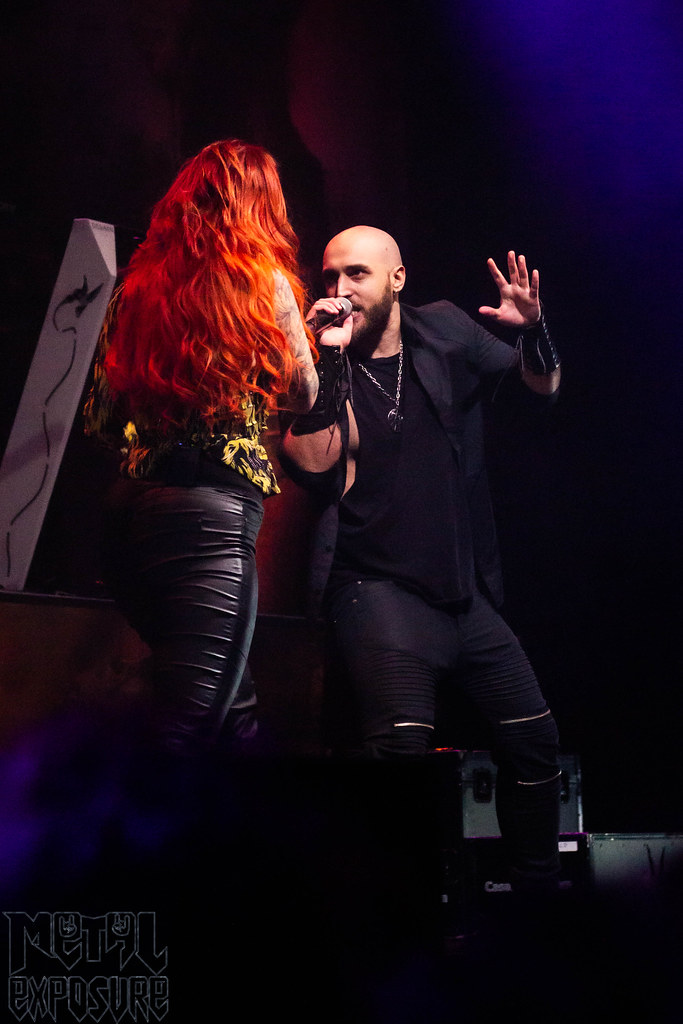 Since it’s a release show, naturally some more songs were played from the new record. “Masters of Destiny” is still one of my favorite songs from “Apocalypse & Chill” and “Let’s Dance” and “One Second” were played afterwards.
Just for one song, it was time to get a little bit closer to the crowd, as Martijn moved to the front of the stage and Elianne Anemaat entered the stage to play on the cello for “Ghost House Heart”. She wasn’t the only special guest we got to see tonight. For “Vengeance”, Yannis Papadopoulos from Beast in Black joined Delain and as we have seen in more Dutch shows, George Oosthoek took care of some grunts during “Hands of Gold” and “Pristine”.

We were treated to a true celebration tonight, with some confetti and balloons. Those balloons were thrown into the crowd during “Don’t Let Go” and didn’t leave until after quite some songs. To this, Charlotte joked that she was surprised that there have never been accidents.
Sure, the release party was a blast and it was really cool to see the guest artists and the first time of “Vengeance is Mine”. The only thing that bothered me a bit, was that the setlist was exactly the same as it was during the previous performances in England. It would have been cool if they switched up the setlist a bit to make the show even that little bit more special. Nonetheless, the show was a blast as always and it was nice to hear the new songs performed live!