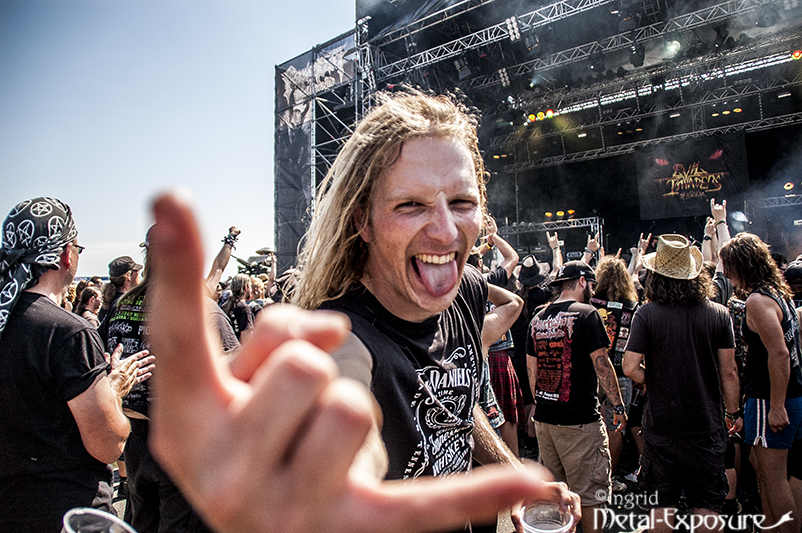 There are but a few topics in the Metal scene which are accepted as consensus by everyone. One of those agreed-upon topics, is Party San (or Party San Metal Open Air, or PSOA for short). A festival that began as a small, underground event in the heart of Thüringen, Germany and as of 2017, grew to be one of the most prominent names in the Extreme side of metal festivals.
In European standards, Party San is considered a medium sized festival, as it will never have, thank Thor, the gigantic numbers of other festivals, nor would we want it to have, as (about) 9 to 10 thousand people each year are way more than enough to feel just right.

The festival is known for its’ stellar billing each year, as it is not deviating from the path it has set in the beginning of it – all names in each year, without exception, are from the world of Black, Death, Thrash and everything in between these genres.
Want some unicorn-riding Power Metal? Not here. Want some silly gimmicks? Not here.
If you’re at PartySan, you’re there for the music, and most chances you’ll come back next year, as well.
The Metal-Exposure team is coming back to PartySan each year and for a very good reason – it’s just that good of a festival.
If you’d like to know what we thought about previous year(s) editions of the festival, you can visit our review.