You might have been to Hellfest or Graspop and paid quite a sum for your ticket and your beer, you might have lost sight of your friends (how are you ever going to find them again?) or eyed a fancy looking metal maiden or man, but lost that face in the crowd. So, how about attending a festival with just one stage, an equally good line-up and a chance of finding your friends or that crush again? That’s what we did when we visited Dokkem Open Air!

As we are slaves of society, we couldn’t manage travelling to Dokk’em before the work day was over. Thus, we started the festival with Shining. These Swedish metallers are known for their controversial shows and not holding back. Their depressive music perfectly fits a dark winter night, but surprisingly the last couple of times I’ve seen them, it was a bright day and the sun hit our faces. The band released quite some albums the past few years, but played a nice mix of new songs (Vilja & Dröm) and crowd pleasures like Låt oss ta allt från varandra and Ohm (Sommar med Siv), which clearly aren’t Niklas his personal favorites, hearing his swearing about it. Unfortunately the first two songs were barely hearable since the sound was extremely bad; but during the gig it got better and we could enjoy a (for Shining standards) pretty tame show. (I) 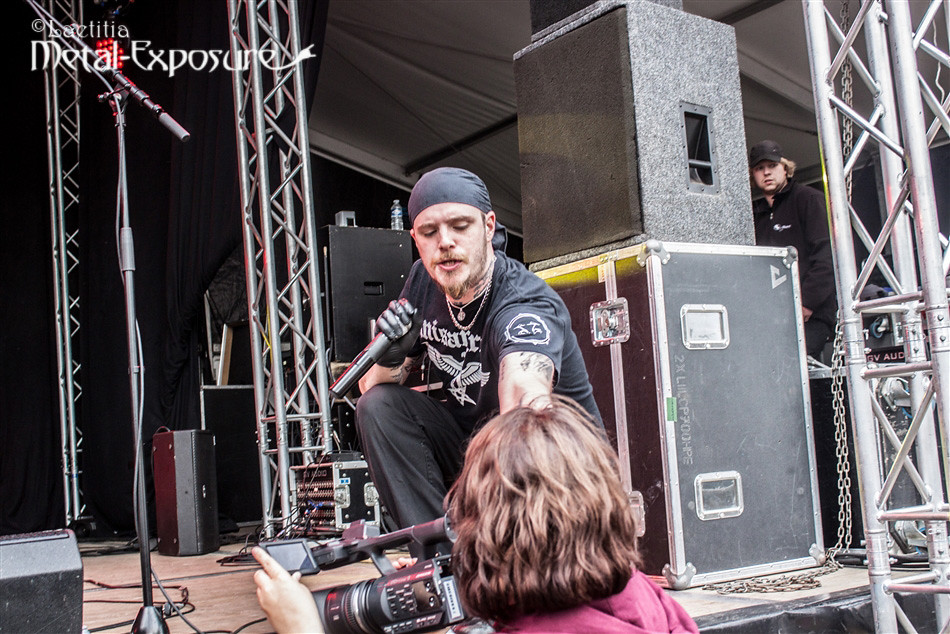 For a moment, it was uncertain whether or not American death metal formation Kataklysm would make it. Earlier on the day, front man Maurizio Iacono posted on social media that they were delayed. Eventually, the band landed on a different airport than planned, but the volunteers at Dokk’em picked them up in Brussel anyway (thumbs up people!). So, perhaps a little dazed and confused, Kataklysm took the stage. The long trip did not affect the performance of the four piece: the band members head banged enthusiastically on the tunes of Crippled and Broken, Angels Weep In the Dark, Slither, Push the Venom and they also played a new track of the upcoming record Of Ghosts and Gods. Once again, kudo’s to the Dokk’em crew and Kataklsym! (L)

The Swedish doom metallers of Candlemass ended the first night of the festival. At first it seemed like the band had to get into the festival mood a little bit: the show wasn’t bad, but the routine appeared somewhat standard. Later on, the band members loosened up, there was some genuine head banging and enthusiasm to be spotted on stage. After the show of Candlemass ended, the party at the party stage continued for a few hours longer and thus ended the first day of Dokk’em Open Air. (L)

Saturday
The Frisian folk metal band (local) Baldrs Draumar opened the second day of the festival. It was still early and the amount of people watching the band reflected that. Nevertheless, the band members themselves seemed energetic and put on a nice show with costumes, make-up and so forth. The music itself is a bit in vain of Thyrfing, though sometimes with more ‘modern’ influences in guitar leads and anthem-vocals. It should be mentioned that Baldrs Draumar sings some lyrics in the Frisian language, which is great, but it also makes it somewhat difficult for non-Frisians to shout along. (L) 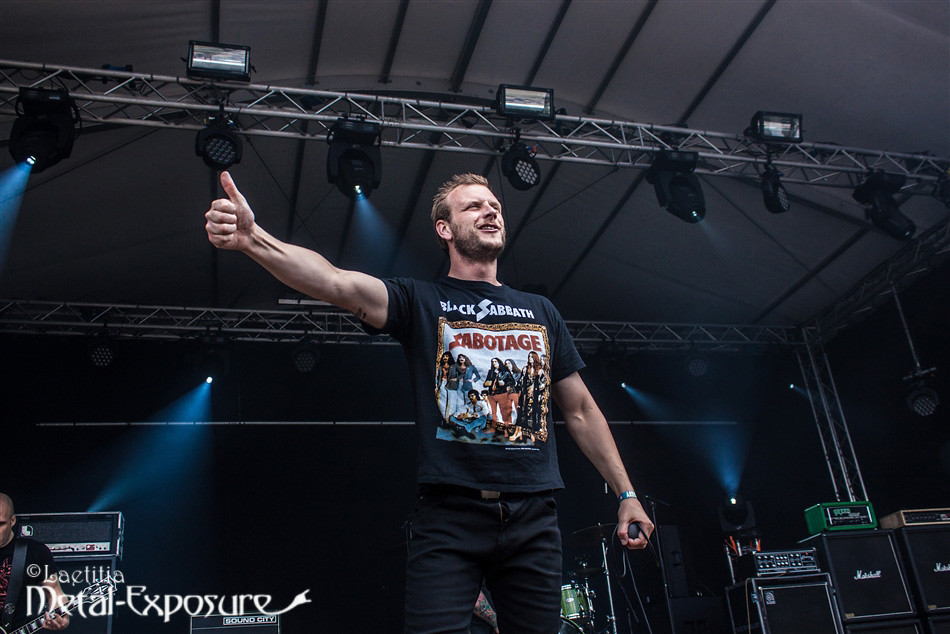 The Dutch sludge/stoner band Herder are a band that has a lively stage performance. It is fun to watch, but it was a little to energetic for the morning (or actually, the early afternoon). The guys from Groningen didn’t mind and jumped and ran around on stage, as if their they were chased by the devil. The energy did not really create a similar spark in the audience, but it is always good to see a band that gives 100 percent, no matter what. (L)

We nominate the US thrash/punk group Iron Reagan (featuring members of Municipal Waste and Darkest Hour) for playing the shortest songs on this festival. This is not surprising, since the band’s debut album exists of 19 songs and the total playing time of the record is only 24 minutes. Even though they played those songs skilfully, their punk attitude did not really fit the atmosphere festival. Therefore, Iron Reagan seemed to be the odd one out on the bill. (L) 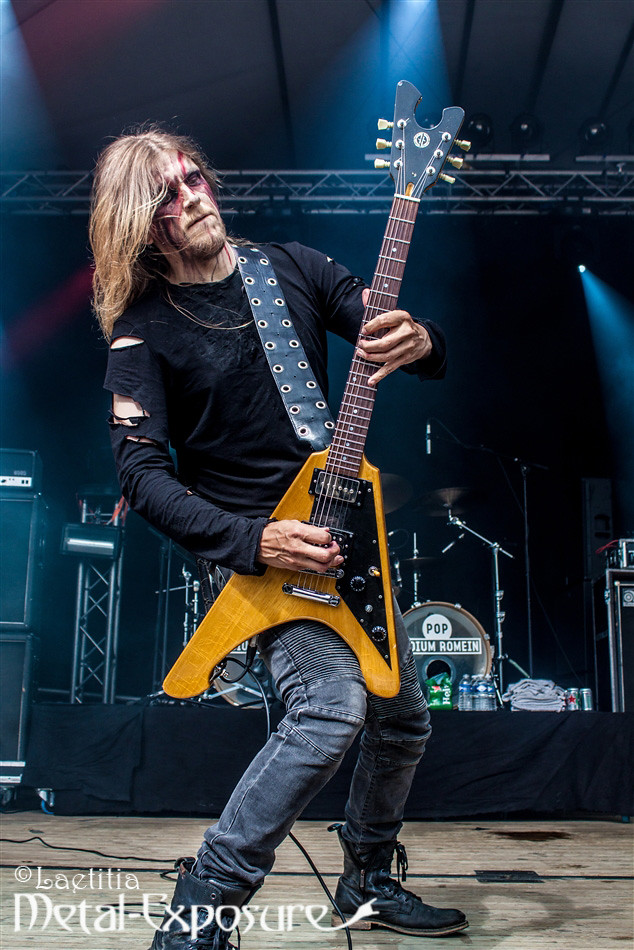 Today’s Moonsorrow show could be their last show for a while, the band told us while they were on stage. They’re going to focus on creating a new album, and hitting the studio during the next year(s). But what a temporary goodbye they gave us! The band clearly enjoyed themselves a lot on stage, and gave a very enthusiastic performance. Known for their very long songs, the band played some of their, for Moonsorrow standards, shorter songs, mainly from the older albums. Songs like Raunioilla, and my personal all-time favorites Sankarihauta and Sankaritarina passed us by, and the audience went crazy with headbanging and moshing as a result. (I)

Ironically we missed Melechesh their Dutch show last month because we were on a holliday in their home country Israel, but were glad that we got a second chance today. Their newest album Enki came out not so long ago, and the band started their show with some songs from this album, The Pendulum Speaks, Tempest Temper Enlil Enraged. They immediately blew us away, the people started banging their heads and the mood was set. The show was very bombastic and of course ended with all time favorite Rebirth Of The Nemesis. (I)

Legion of the Damned is a band we’ve seen an insane amount of times. Nevertheless this band still knows how to get us moving. It’s been a while since we’ve last saw them so we were really looking forward to their show. And with good reason, because what a show it was. The band played a very tight set, filled with the classics such as Cult Of The Dead, Legion Of The Damned and Death’s Head March. There was a lot of headbanging and a big moshpit going on during almost their entire show.

We’ve seen the German power metal band Powerwolf in different countries, but never on Dutch soil. So, we were a little surprised to see that the band has quite a fan base here. There were fans with Powerwolf paint on their faces and the people in the front rows could sing along quite a lot of songs. In hindsight, it makes sense. The catchy power metal of the group energizes (some) people and their theatrical performance makes it interesting to watch. (L) 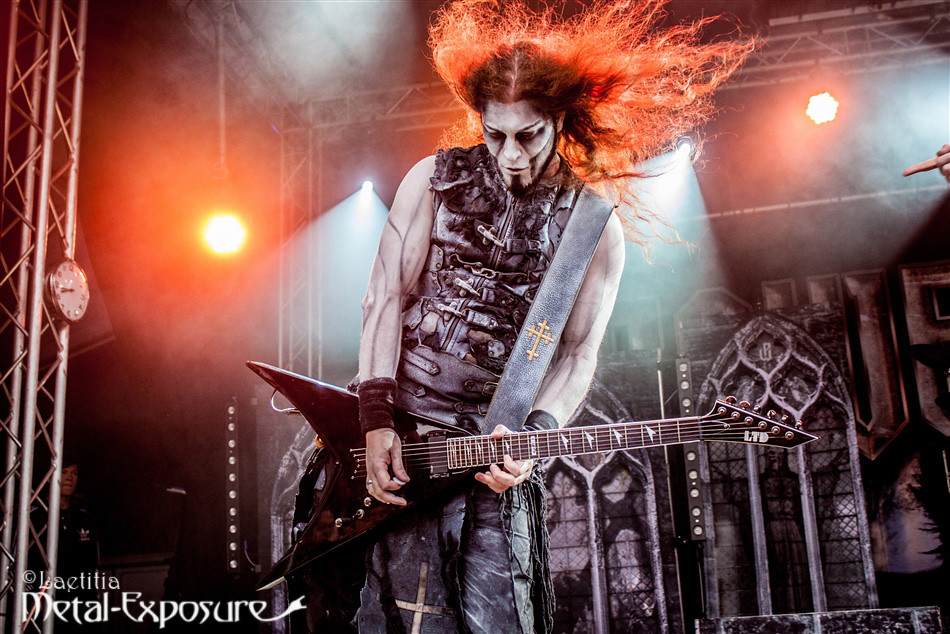 For many, God Dethroned was the band of the festival. Since their reunion, the Dutch death metal legend has played a number of shows. Dokk’em Open Air was the first show for us to see them on stage again. Our expectations were high and God Dethroned met them all. The band played all songs with full force and precision. The set list included classics such as Nihilsm, Serpent King, Villa Vampiria and Sigma Enigma and more. It was pretty hard for anyone to stand still and not bang their heads. (L)

The UK-based doom metal formation My Dying Bride headlined Dokk’em Open Air. Personally, I had some doubts about this band as a headliner: not because they are not a respected name, but because of the mood of the music, in combination with the (late)spot on the festival. A perfect headliner (to me) boosts the energy of the visitors one last time, with the result that they go home worn out and content. My Dying Bride did not do this in terms of exhausting people with their music and by asking for mosh pits, but they did so in terms of giving one last extraordinary show (with the keyboard of Moonsorrow, due to some technical difficulties). The charismatic vocalist Aaron Stainthorpe demonstrated that one does not need theatrics or brutal music to come overwhelm a crowd. Slight dramatization, atmospheric metal and emotion work just fine. (L) 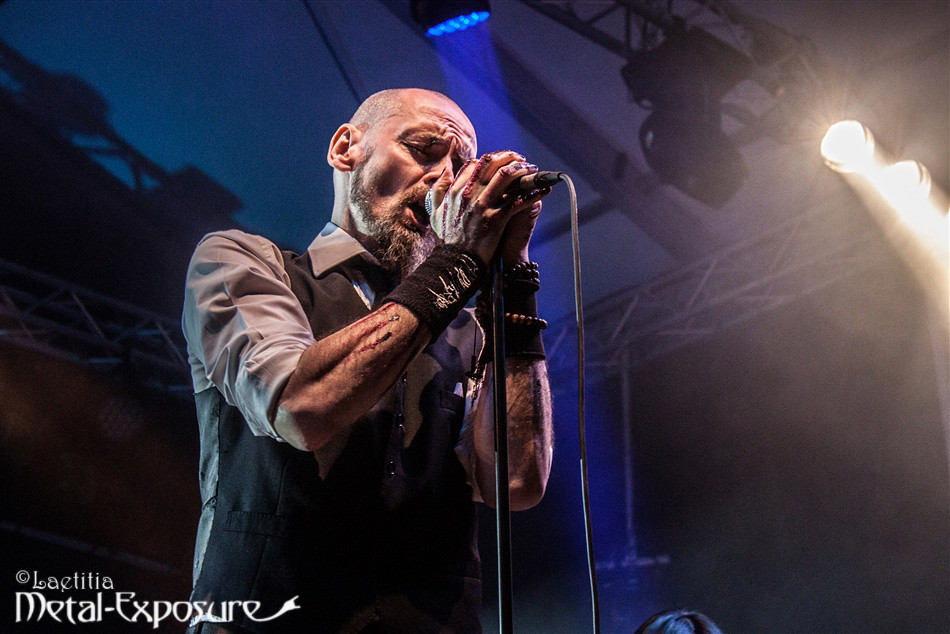 Aside from an incident with the security crew near the camping area, (a note to the festival organisation: they should be lectured about common decency and normal behaviour towards visitors!) Dokk’em Open Air proved to us that they are probably the best small festival in the country, in terms of atmosphere, festival size and line-up, if they provide us with the same formula again next year, we’ll definitely be back!