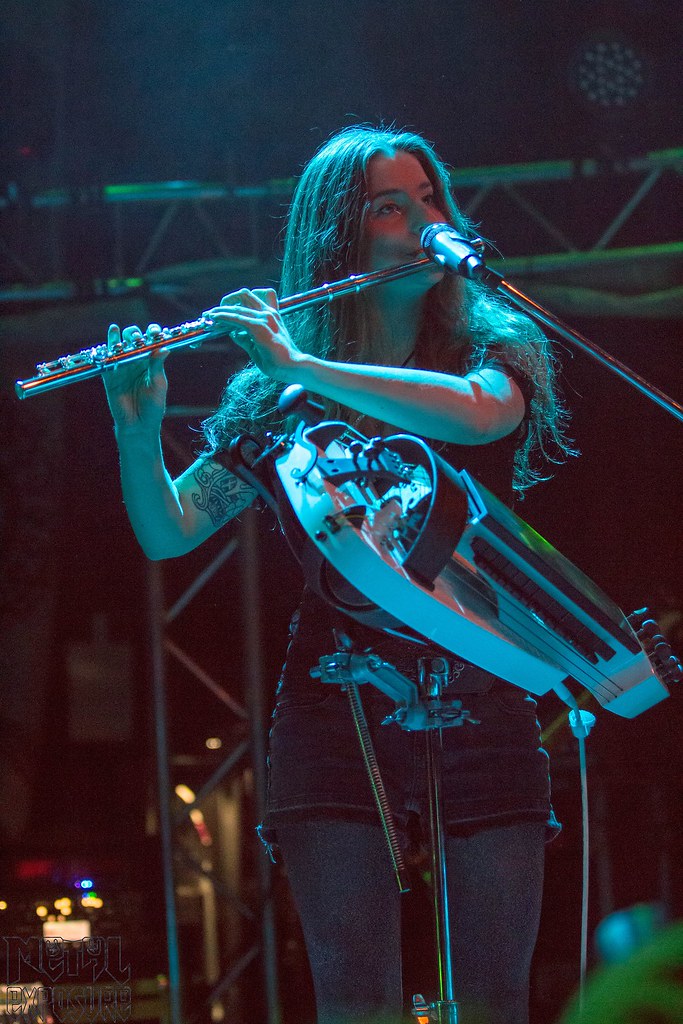 When a band has an exclusive show in The Netherlands, often you would expect this to happen in a city like Amsterdam. Lacuna Coil chose the Eastern parts of The Netherlands instead and had their only Dutch show in Hengelo. As support they brought Aeverium and Cellar Darling.

It has been a while since I have seen Aeverium perform. Back then it was at a Kamelot show. I don’t think a lot of people in the crowd today knew the band, but vocalists Aeva and Marcel, as well as the rest of the band did their best to get people engaged. Tonight’s performance was extra special for singer Marcel, who’s father would have had his birthday today. Sadly he passed away, but the song “The Other Side” was dedicated to him tonight, quite an emotional moment.

It hasn’t been that long ago since we’ve seen Cellar Darling. But to be honest, there is nothing wrong with seeing their shows more often. The more I listen to the band, the more I get into their music. It’s great to see singer Anna (Murphy) and the rest of the band perform with as much pleasure as ever and give their all for the audience, even though they have been working a few nights in a row. It seemed as if more people in the crowd knew the band, as I saw people singing along with songs like “Avalanche” and “Challenge“.

Next year is a special anniversary for Lacuna Coil. It has been twenty years since the band formed in a small metal bar in Italy. And look how far they’ve come. With their latest album, Delirium, the band sounds heavier than ever. As Cristina says in the beginning of the show, welcome to our sanitarium. With painted on masks, straight jackets and a curved backdrop on stage, they sure know how to get the attention of everybody in the venue. Not that its necessary, because the music can do the talking. 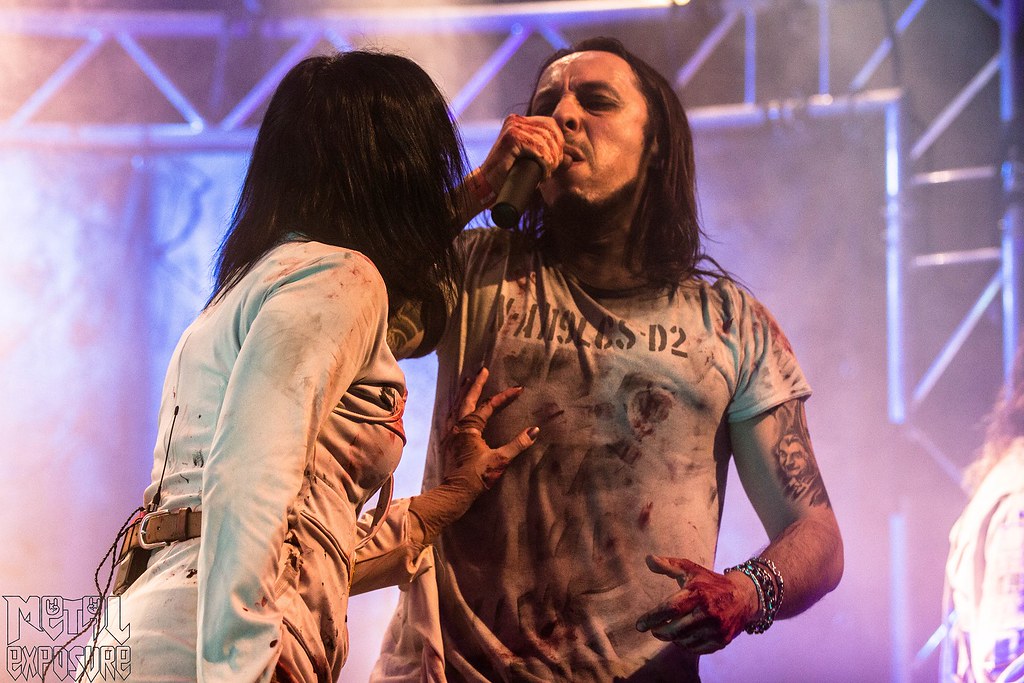 Lacuna Coil has been a band who always creates their own path. As one of their songs says: “Nothing Stands in Our Way“. They go their own way and make music like they want to, yet they appreciate the fans and know that without their support, they wouldn’t have made it this far. This gratitude is visible on stage as Cristina and Andrea address the fans in the audience. And it goes without saying that the energy on stage tonight is superb. 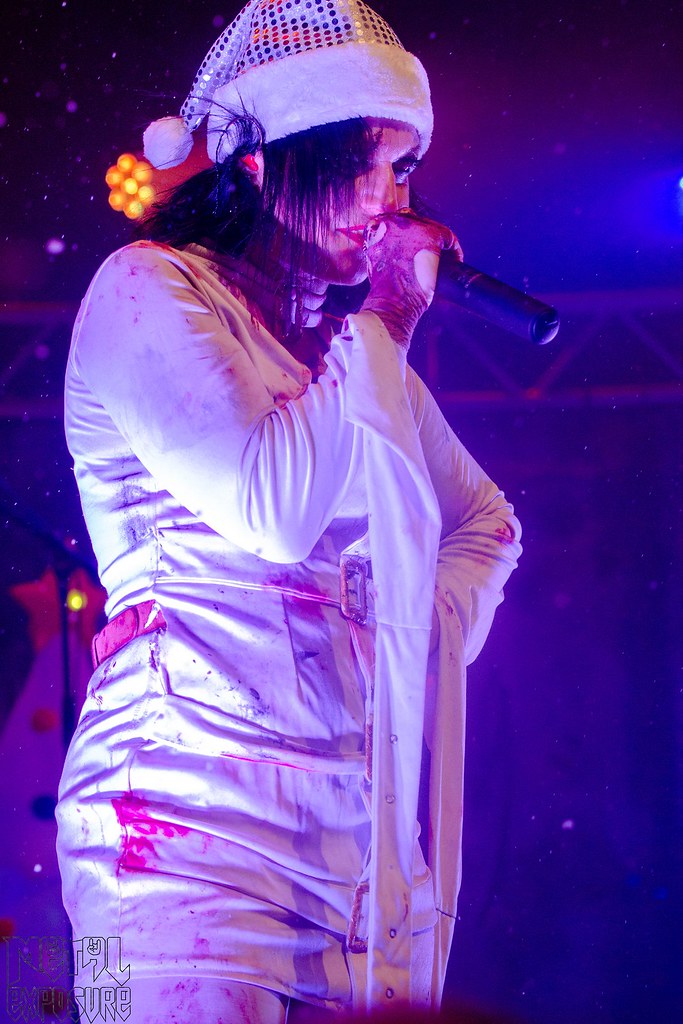 There isn’t much time for nonsense, as the band rushes through quite a few songs, most of them from the latest two records. Since it’s December, after a short intermezzo the stage is transformed with a snowman and while Lacuna Coil enters the stage again to perform “Naughty Chrismas”, everybody is treated to some “snow”. The band themselves were dressed in santa hearts and some even has some ornaments as earrings.

Even though the show was great, sound was good, lighting decent and the band gave their all, there was one thing missing for me. As someone who has followed this bands discography for a long time, I would have loved to see more songs from the pre-Karmacode era. We will see what special setlist the band will bring next year!