Behemoth, At The Gates and Wolves In The Throne Room, Tivoli Utrecht
February 2nd 2019

Long before the awaited day was finally there, this night’s show had been sold out! Being the only Dutch show during this long tour, I wasn’t surprised about this fact. Headliner Behemoth has become immensely popular the past few years and the ‘support acts’ were not the smallest bands in the bunch either. Promoting their latest album ‘I loved you at your darkest’, Behemoth is touring across Europe. They drag no one less than At The Gates and Wolves In The Throne Room along with them. Though it’s an odd combination, it is a combination that works.

First band to hit the stage and warm up the audience was Wolves In The Throne Room. The venue was packed when we entered. Despite being perfectly on time, it was a struggle and a wait to get ourselves a cold beer and a good spot to watch them. It took the WitTR a few songs to reach the audience, but when they did, they slowly got them moving and screaming along a bit. Even though WitTR plays a very good, if short show, it feels like they’re struggling to entertain such a large audience. Perhaps this stage is a bit too big for them. Or maybe their rough (Cascadian) Black Metal is just a bit too much for the people who were there for At The Gates and/or Behemoth. 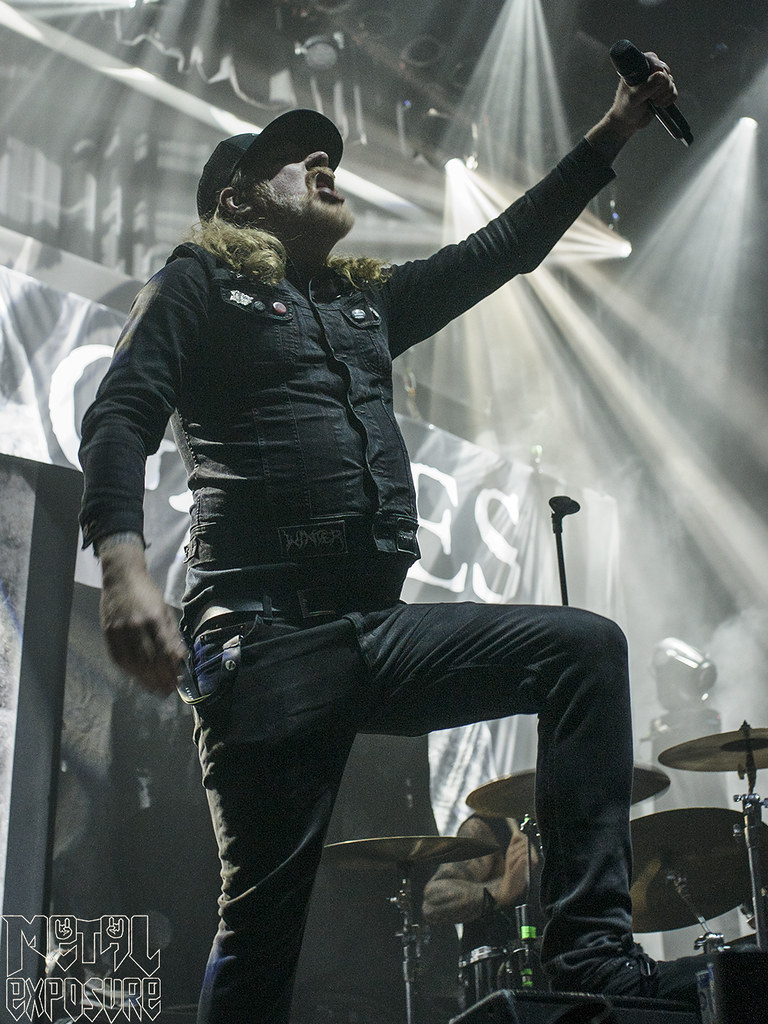 Speaking of those, it was clear the biggest bunch of visitors came for headliner Behemoth, but At The Gates brought a noteworthy amount of fans to Tivoli as well. Not unfamiliar to big stages, they knew how to impress the crowd from the first tune to the last. Singer Tomas ran over the stage, as he usually does to entertain everybody, and the crowd soon followed him by moshpitting and banging during the entire set. His rough voice sounded a little rougher than usual, but the band is quite some weeks into their tour already so it’s not surprising. If you wouldn’t know any better you would think the main act of the evening had started playing since the entire band is made out of straight professionals who played a very tight set that consisted mainly of newer songs from the latest two albums (At War with Reality and To Drink from the Night Itself) and a few of the old classics.

After rebuilding the stage, and a few starting tunes of Solve, the curtain dropped and Behemoth finally entered the stage. When I thought the venue was already packed to it’s fullest during At The Gates, I was proved wrong. Even more people somehow (magickally) fitted on the main floor and I was glad I was standing somewhere at the end of the stairs, because there was no way getting through that crowd. Behemoth nowadays is mainly ‘the Nergal show’ but when you know what to expect, this is not too bad. The band members moved around each other in perfectly choreography and not much was left to chance. Masks during the intro, Nergal waving with torches, a finery on bass player Orion his head during ‘Lucifer’ – it all passed by. During the whole show a grand light and pyro show obviously couldn’t be left out. We are glad a venue like Tivoli-Ronda is able to provide its audience with pyros brought by bands, as this was not the case during all shows the band is doing on this tour. Obviously the main focus in the setlist lay on ‘I Loved You At Your Darkest’ and songs as Wolves ov Siberia, God=Dog, Bartzabel and Ecclesia Diabolica Catholica. But songs from the previous success album ‘The Satanist’ could not be missed out either so Ora Pro Nobis Lucifer and Blow Your Trumpets Gabriel were received with a lot of enthusiasm. Fans of the older albums would not be disappointed either with the performance of classics as Chant For Eschaton 2000 and Decade of Therion. 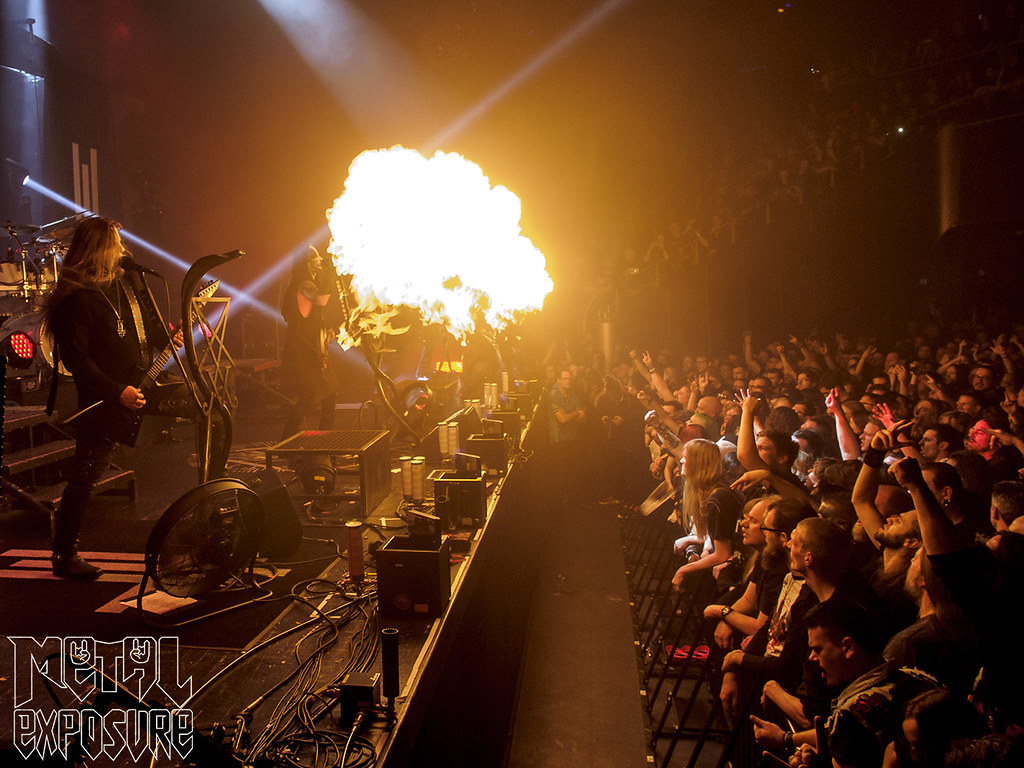 In the end it was a great show. Behemoth always puts on a very organized show and leaves no room for any flaws, today was no exception. The band came, saw, played and conquered Utrecht with ease!